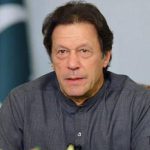 ISLAMABAD  –    On the Press Freedom Day, Prime Minister Imran Khan chose to remind journalists of the perils of fake news and stopped short of expressing support and solidarity with the country’s press that is passing through its difficult times of the history.

On Friday morning when May 3 was being marked as the World Press Freedom Day, Prime Minister Imran Khan took to the Twitter and reminded the journalists the dangers of spreading fake news while quoting a verse of Surah Al-Baqarah of the Holy Quran. “For those who keep spreading fake news ,” Khan said and quoted the verse which says, “And mix not truth with falsehood, nor conceal the truth while you know (the truth).”

Khan’s remarks spoke of an uncomfortable relationship of the ruling Pakistan Tehreek-e-Insaf (PTI) with the press even at a time when media industry is undergoing a crisis.

Since August last year when PTI came into power as a result of General Elections 2018, the country’s electronic and print media industry is facing severe financial crisis. In the first eight months of this government, the revenues of the media outlets, in terms of government advertisements, have sharply declined resulting in layoffs of hundreds of media workers, cuts in their monthly salaries and many are unpaid for the last several months.

In the meanwhile, the government plans to introduce a new regulatory authority in the country by abolishing the existing Pakistan Electronic Media Regulatory Authority (PEMRA). The journalists and their representative bodies have raised hue and cry over the newly proposed Pakistan Media Regulatory Authority (PMRA) saying it was a move of the government to suppress the freedom of expression and control the media through “state tactics”.

Background interviews with some PTI leaders indicate that perhaps Khan’s tweet was in response to the rumours which have been rife in the federal capital for the past many months that a presidential form of system was being introduced in the country. Another rumour, they said, was also circulating that PTI had made an underhand deal with PML-N following the resignation of Leader of Opposition in the National Assembly Shehbaz Sharif as the chairman Public Accounts Committee. But, they agreed that the day Khan chose to Tweet reflected his uneasiness with the media.

During the PTI regime, the Federal Investigation Agency (FIA) — the federal government’s key investigation agency which also looks into cyber security — had either launched investigations against a number of journalists or they have been booked for expressing their views on the social media.

PML-N Senator General (retd) Abdul Qayyum Thursday speaking in the Senate on the Press Freedom Day said, “Pakistan’s media industry today is facing four major issues.” The first, he said, was that the families of those media workers who were killed in the line of duty had never been compensated. Secondly, journalists are facing pay cuts, some are unpaid for at least last five months, and some have been laid off due to dwindling revenues of media outlets. He said that the government had made a drastic cut in official advertisements for the media industry once for all. This should have to be decreased gradually because this policy of the government has directly affected workers at the grassroots level.

The Digital Rights Foundation, a research-based advocacy and non-governmental organization, in a statement issued on World Press Freedom Day said, “The shrinking space for freedom of expression in Pakistan is extremely disturbing and stifling the citizens’ right to free expression will only lead to the denial of all other human rights.”

“Over the past one year, a range of measures have been implemented to restrict Pakistani media’s voice, these have led to an existential crisis in the media industry with massive lay-offs, pay cuts and shutdown of news outlets,” it said. DRF added that dwindling advertisement revenues for print and electronic media not only from the government but also the private sector have either brought several news organizations on the verge of closure or staff layoffs in hundreds.

“The proposal by the government to unite all media regulatory bodies into one body – the Pakistan Media Regulatory Authority (PMRA) also seems to be a covert attempt at censorship rather than regulation,” the statement said.