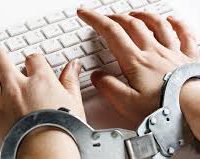 ISLAMABAD: Protesters at the Faizabad sit-in beat up two photojournalists and tried to snatch their cameras on Wednesday while they were trying to capture images of an attack on police.

Muhammad Asim of White Star / Dawn and Jehangir Chaudhary of Daily Jang went through the horrifying experience after a group of protesters, armed with sticks and iron rods, tried to encircle some 20 policemen on a service road heading from the I-8 interchange to Faizabad.

While most of the cops managed to escape, a couple of them got trapped among the assailants and were roughed up.

When Muhammad Asim and Jehangir Chaudhary started photographing the incident, the attackers manhandled them as well. The protesters tried to snatch the two cameramen’s expensive equipment.

Fortunately, a few elderly persons stepped in and told the assailants to spare the cameramen, but only after they had agreed to delete the photographs.

In a statement, RIUJ Presi­dent Mubarak Zeb Khan said stopping journalists from executing their duty amounted to an attack on freedom of expression.

“We will not tolerate such acts whether they are carried out by the government or a group of individuals. We call upon the government to take a strict note of this incident and ensure that journalists are not manhandled and allowed free access for coverage,” the statement said.