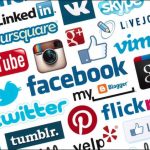 ISLAMABAD: Pakistan Federal Union of Journalists (PFUJ) has rejected new sets of rules approved by the federal government to regulate social media platforms like Facebook, Twitter, YouTube, and even TikTok and termed it as an attempt to control freedom of speech and expression, guaranteed under Article 19 of the Constitution.

In a joint statement issued here on Thursday, PFUJ President Shahzada Zulfiqar and Secretary General Nasir Zaidi noted that the current PTI government is bent upon placing restrictions on media, social media and freedom of speech since it came into power in 2018.

“These attempts indicate government’s dictatorial tendencies and authoritarian behaviour and the fact that it cannot face criticism of any kind and from any medium of the media in the country,” the statement said.

They said that the so-called “rules” made to regulate the media are specifically aimed at targeting the Pakistani citizens’ right to freedom of expression, which are already under tremendous pressure since the government’s installation.

“Attacks on media houses, forced retrenchments of independent journalists on the directions of state institutions, curtailment of advertisements to media to force media houses to toe government’s line are all aimed at curtailing freedom of expression in the country,” the joint statement said, adding: “The new rules to control the social media are like a last nail in the coffin of freedom of expression.”

The PFUJ leaders while warning the government that it will tarnish the democratic image of the country internationally, called upon all stakeholders to forge unity for fighting against these draconian Rules.

“PFUJ will not allow such an attack on civil liberties in the country and will strongly resist the government’s attempt to tame the social media platforms,” the PFUJ leaders said, adding that “it is a blatant attempt by the government to bring down the entire democratic process in the country by silencing the free speech particularly the political opposition.”

The PFUJ also noted that the rules go way beyond the powers given to the government under Pakistan Telecommunications Act and Pakistan Electronic Crimes Act. “By unilaterally imposing these rules, the government has also by-passed the Parliament as any bar on freedom of expression under Article 19 of the Constitution cannot be imposed by any government under any pretext without amending the constitution.”

The PFUJ leaders said that after government’s complete failure on all economic and political fronts, it is now trying to sustain itself by controlling the social media through such draconian laws.

“We call upon the government to immediately withdraw the said rules which have make the country a laughing stock in the comity of nations,” the joint statement said.