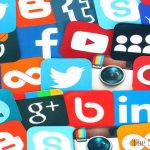 ISLAMABAD – The federal government has framed new rules to regulate social media in the country in order to mitigate its misuse in national interest.

The government has made it clear that new rules have nothing to do with placing any curb on social media .

Yesterday talking to the media persons outside the Parliament, Minister for Science and Technology Fawad Chaudhry rejected the impression that the government aims to put curbs on social media through regulations.

Later,  Special Assistant to the Prime Minister on Information and Broadcasting Dr Firdous Ashiq Awan  said under the Citizens Protection [against Online Harm] Rules 2020, social media companies would have to open offices in Pakistan, follow laws of the land, and get registered and share their data with the authority concerned. She made it clear framing rules were necessary for stopping online propaganda against national solidarity and spread of sectarian hate material etc. “At present, there is no mechanism in Pakistan for regulation of the social media , which is being used to spread material against socio-cultural and religious values. The government had to appeal the social media companies for removal of objectionable material,” the SAPM said, adding the rules were made for the protection of ideological and geographical boundaries of the country and rights of the consumers. “After their implementation, the social media companies would be bound to remove objectionable material within six to 24 hours,” she added.

She rebuffed the claim that the rules were being made to impose restrictions on freedom of expression, which were in fact aimed at facilitating the consumers and protecting the national interests. “The social media companies would have the right to appeal against the decision of the authority concerned in a high court,” she added.

Awan maintained with the implementation of rules, the payment of millions of dollars to the social media companies would also be regulated through a mechanism.

According to the document of Ministry of Science and Technology  titled “Citizens Protection (Against Online Harm) Rules, 2020”, social media companies, including Facebook, Twitter and YouTube, will have to register with the government within three months of the coming into force of the new rules.

The new rules stated: “The Minister In Charge of the Division concerned with Information Technology and Telecommunication shall, by notification, designate a National Coordinator within fifteen days of the commencement of these rules. National Coordinator shall be assisted by a committee comprising such stakeholders as notified by the aforesaid Minister.” It says the National Coordinator shall perform the functions, including coordinate efforts of stakeholders for performance of functions related to regulation of Online Systems, advise the federal or provincial governments, and issue instructions to departments, authorities and agencies, in accordance with the requirements of national security in relation to management or regulation or functioning of social media companies. The departments, authorities or agencies shall act in compliance of the said instructions. Such instructions may include actions related to blocking of unlawful online content, acquisition of data or information from social media companies, and other such matters, engage with the social media companies on behalf of the federal government and direct concerned official representatives of any social media company to appear before it in person to discuss any aspect related to operation of Online System.