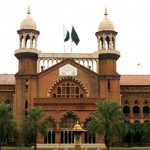 ISLAMABAD: Justice Shaukat Aziz Siddiqui of the Islamabad High Court (IHC) here on Wednesday while hearing petitions against blasphemous contents on social media said that this issue could affect security and integrity of Pakistan.

The Ministry of Interior secretary sought some time for submitting a detailed report while the IHC bench said that the court, in the light of the report, would decide a temporary ban on social media.

During Wednesday’s proceeding, the court reiterated the inclusion of ISI in JIT as an official of the agency told the court that they had the capacity to block such pages. Legal counsel in the main writ petition, Tariq Asad, advocate, told the court that one of the bloggers, Ahmed Waqas Goraya, had contacted a Pakistani journalist and Goraya in his interviews to the foreign news channels said that he was not connected to the blasphemous contents. “We filed this petition on the basis of news in the media. Law enforcement agencies have to investigate this matter keeping in view that no innocent person may be grilled,” Tariq Asad said.

In his Wednesday’s order, regarding security and integrity of Pakistan, Justice Siddiqui said, “The subject matter of these petitions has direct bearing on the integrity, security and defence of Pakistan therefore all the institutions need to rise to the occasion, in order to protect ideological and geographical boundaries of the country.”

The IHC bench observed that blasphemy with respect to the sacred personalities of Islam and disregard for the ideology of Pakistan could put the geographical boundaries to serious threat.  The Ministry of Information secretary and FIA director general submitted progress reports. The interior secretary told the court that material progress had been made and executive of the country was fully conscious and sensitive to the situation. He further told the court that they had arrested a person under allegations of blasphemy and three more were under observation while names of a few other people were put on the exit control list.

The Ministry of Interior secretary sought time to submit a detailed report regarding the steps already taken and to apprise the court about future course of action. He further told the court that an FIR under sections 295-A, 295-B, 295-C, 109PPC, r/w section 11 Prevention of Electronic Crimes Act (PECA) 2016 and section 6(f), 7(h), 8 & 9 of the Anti-Terrorism Act 1997 was registered on March 19, 2017 with the Federal Investigation Agency (FIA).

The interior secretary further told the court that the requirement of joint investigation team (JIT) shall be met in which persons from intelligence agencies shall also be associated, which is requirement of the law. The IHC bench observed that the inclusion of the officials of intelligence agencies was necessary as they submitted before court that their organisation had the capacity to block the pages and to extend assistance in tracing the real culprits.  Legal counsel for the Pakistan Telecommunication Authority (PTA) sought time from the court to submit reply.

Advocate General Islamabad Mian Abdur Rauf told the court that the attorney general for Pakistan had gone to perform Umrah and on the next date of hearing he would appear before the court to apprise about the steps taken with regard to inclusion of pornography, blasphemy and false allegation of blasphemy in PECA 2016. The IHC bench then adjourned the hearing till March 27.