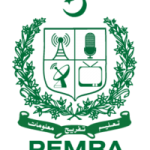 AS the space for freedoms of information, speech and expression continues to shrink rapidly in Pakistan, the internet is still seen as the last refuge for independent voices despite the arbitrary and ever-expanding censorship regime unleashed by the Prevention of Electronic Crimes Act. Now, Pemra seems determined to deliver the final nail in the coffin. On Wednesday, Reporters Without Borders termed Pemra’s draft proposal to regulate online video content (uploaded on its website earlier this month) as a “draconian” attempt at censorship, and criticised the regulatory authority for its “crude ploy of pretending to seek civil society’s opinions”.

Reportedly, Pemra has circulated another version of the draft regulation to the federal cabinet, which contains even more stringent measures than the document available to the public. If true, it is difficult to not assume bad faith on the part of Pemra. If the authority is sincere in being open to feedback from the public, however, then it must heed the statement issued by a number of citizens groups and media bodies — including the Human Rights Commission of Pakistan — in which they unequivocally rejected the proposal in its entirety. The statement reminded the authority that its mandate “is to regulate the broadcast industry, not even regulate broadcast content, let alone online content” and that “attempts to self-expand its mandate to regulate the internet are dangerous by implication, and downright illegal, which will end up undermining Pakistan’s digital future”.

In essence, the draft proposal recommends that any entity within Pakistan uploading live or pre-recorded video content that it considers may potentially be a competitor to legacy broadcast media should fall under its purview, including licensing and content regulation. The licensing process alone — which includes an enormous upfront fee of between Rs5m-10m to register for one — would preclude most individuals from being able to create online video content. This represents a tremendous barrier to access, and is thus contrary to the spirit of a free and open internet.

Moreover, it is absurd for the authority to double down on content regulation by subjecting web TV and other forms of video content to a vaguely drafted code of conduct designed for TV channels, particularly when the also imprecisely worded Peca already governs that domain. This is a naked attempt to circumscribe citizens’ fundamental rights, which carries the imprint of the authoritarian mind that conceived it, and belongs nowhere except in a dustbin.