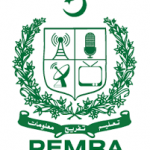 PESHAWAR: A Peshawar High Court Bench has ordered Pakistan Electronic Media Regulatory Authority (Pemra) to issue directives to electronic media not to air derogatory and one-sided programmes and remarks against lawyers on account of Punjab Institute of Cardiology incident.

The Abbottabad bench of PHC comprising Justice Ijaz Anwar and Justice Shakeel Ahmad ordered Pemra to direct media to desist from abusive comments that incited hatred and contempt against lawyers.

The bench told Pemra to ensure implementation of fundamental principles as provided under Section 3 of Electronic Media (Programme and Advertisement) Code of Conduct, 2015.

The bench issued the order after preliminary hearing of a writ petition filed jointly by 46 advocates of Hazara division including Mohammad Zareeb Qureshi, secretary of PHC Bar Association, Abbottabad Bench, and others. The petition seeks directive of court for Pemra to cancel licences of six television channels for their ‘heavily biased and one-sided’ news coverage of the incident of Punjab Institute of Cardiology (PIC).

The petitioners contend that the six television channels violated the terms and conditions of their licences respectively as contained in Section 20 of Pemra Ordinance, 2002. They say that these television channels willfully infringed various rules and clauses of Code of Conduct for Media Broadcasters or Cable TV operators.

Advocate Kiran Ayub Tanoli appeared for the petitioners and contended that print and electronic media had been airing hateful TV programmes and talk shows and publishing scandalous news items, which were humiliating the legal fraternity.

She said that the petitioners also filed complaint with Pemra but in vain.

The bench issued notice to federal information secretary and Pemra through its chairman, directing them to respond to the petition.

The bench observed: “In view of the recent unfortunate mishap in Punjab Institute of Cardiology, we have noticed that print and electronic media is flaming hatred among the lawyers and doctors, besides disparaging the judiciary, which is further deteriorating the law and order situation in the country.”

“We are of the view that both the lawyers and doctors belong to respectable and noble professions, besides an educated community, therefore, such programmes and reporting be aired to pacify the matter,” the bench ruled.

As interim relief, the bench directed Pemra to issue directives to electronic and print media not to air and publish derogatory remarks against lawyers.

She said that apparently the lawyers were on a mission to take revenge of a group of lawyers, who had been beaten up at PIC a few weeks ago, soon after some video clips went viral on social media showing some doctors making fun of lawyers.

Ms Tanoli stated that after the incident, six private television channels were seen airing one-sided picture of the entire incident and their respective anchors were openly humiliating the legal fraternity, which was highly discriminatory.

She argued that the clear biased act of the television channels was against fairness and not in consonance with the command of the Constitution of Pakistan specially articles 4 and 25, guaranteeing equality and prohibiting discrimination.