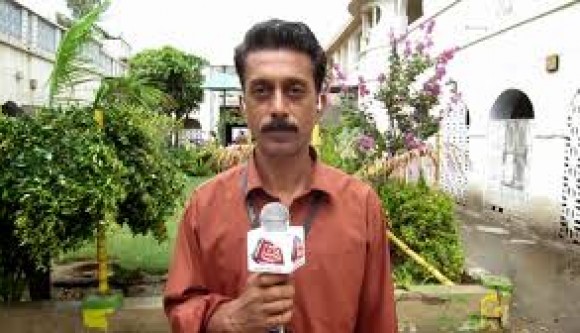 Shan Dahar, reporter of “Abb Takk” TV channel was shot on the night of December 31 in Badh, in Larkana district of Sindh province of Pakistan.  He was shot in his back and was taken to the hospital where he remained unattended until he succumbed to his injuries in the early hours of January 1.  He is survived by two minor daughters.

In a statement, PPF Secretary General Owais Aslam Ali said despite compelling evidence pointing the cause of his killing being his reporting on use of fake medicines in local hospitals, police report declared his death as accidental.

The PPF statement said the flawed police report could sabotage any hope for proper investigation and  prosecution for the assailants and called on the government to formally order credible reinvestigation of the attack.

Dahar’s family feels frustrated that despite verbal promises, police reinvestigation has not yet started.

The statement also called for public release of the reports of the medical committees to investigate criminal negligence of hospital where Dahar lay unattended despite frantic pleas by his sisters for hospital doctors to go to the hospital to treat his life threatening wounds.