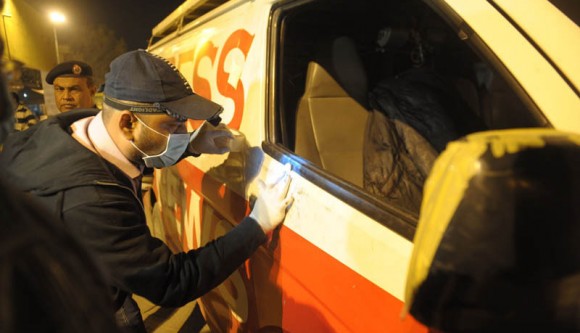 UNITED NATIONS: “An open and pluralistic media” must work in a safe environment without fear of reprisal, the United Nations said on Saturday in observance of the World Press Freedom Day.

The world body said last year 71 journalists were killed, while another 826 were arrested.

More than 2,000 journalists were threatened or physically attacked last year.

Pakistan is still deemed the “most dangerous country in the world” for working journalists.

The World Press Freedom Index spotlights the negative impact of conflicts on freedom of information. Reporters Without Borders, the sponsors of the index, said some countries have been affected by a tendency to interpret national security needs in an “overly broad and abusive manner to the detriment of the right to inform and be informed.”

The group said the trend was a “growing threat worldwide” and endangering freedom of information in countries regarded as democracies.

In a joint message by Secretary-Genera Ban Ki-moon and Irina Bokova, Director-General of UN Educational Scientific and Cultural Organisation (Unesco), said UN bodies are already working together and with other partners under Unesco’s leadership to create a free and safe environment for journalists and media workers around the world.

World Press Freedom Day, which was designated as May 3 in 1993 by the UN General Assembly, is being marked in about 100 countries.