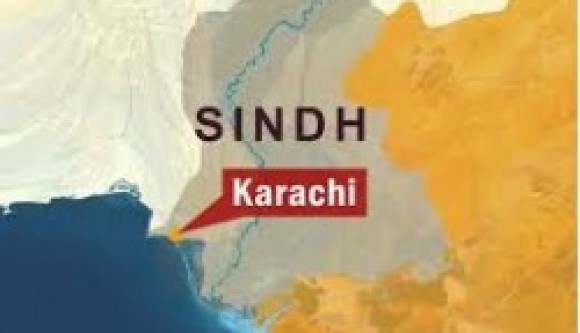 Karachi: Terming the onslaught on Geo Television as a “brutal attack” on press freedom, the National Students Federation (NSF) on Thursday urged progressive forces in the country to unite against those “bent on muffling the voice of the people”.

Speaking at a protest rally held at the Karachi Press Club, the NSF leadership said they stood with the Jang Group and would not tolerate the “dirty tactics” being played against the independence of the media in Pakistan.

Addressing participants of the rally, the central organiser of NSF, Khurram Ali, said that the federation had a legacy of struggling for the freedom of expression and media.

“Be it the martial law of Ayub Khan or Zia-ul-Haq’s draconian regime, the NSF has always stood with the marginalised segments of the society, fighting against dictators for a free, just and equal society.”

He said that it was unfortunate that in a country which produced brave journalists like Zameer Niazi, Faiz Ahmed Faiz and Sibt-e-Hasan the press was “still in chains”.

“What is more heart wrenching is the silence in the face of high-handedness of the state machinery which seems to be bent upon curtailing the freedom of expression and is preparing to promote a culture of silence and submission,” Ali said.

Also speaking on the occasion, the general secretary of NSF Karachi, Fawad Hasan, pointed out that the issue had ignited when senior journalist Hamid Mir had been brutally attacked.

“But the situation has been exacerbated to distract the attention from the heinous crime of attacking a journalist and to surreptitiously sabotage the free press,” he remarked.

He further said that the NSF, through its past political experience, knew how these state tactics were used to fool the masses and therefore will not tolerate this attitude. “If this behaviour persists, NSF will contemplate initiating a national movement for the freedom of the press.”

The speakers said that freedom of press was a basic democratic right which the state institutions could not trifle with. The student group also appealed to journalists to work in unison to ward off the conspiracy being hatched against them. They advised journalists to work towards better unionisation in such crucial times or else other media groups will soon witness the same fate.

“If it’s Geo today then it may be some other television channel or newspaper tomorrow!” said Hasan.

Speakers also advised journalists that to help counter retrogressive ideas they should align themselves with revolutionary segments of the society.

They stressed that media highlight the plight of students, labourers and peasants, while bringing to the fore the voice of marginalised segments to the mainstream instead of “fighting corporate wars”. They reiterated their commitment to stand shoulder-to-shoulder with Geo, in line with thoughts of brave soldiers of free press like Zameer Niazi in mind.