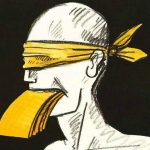 THE situation is bad enough if the press and citizens of a country are denied freedom of expression. It is at its worst if there is a system in place to ensure they are deprived of this right. Pakistan is passing through such a phase, according to the Pakistan Federal Union of Journalists. The union’s Federal Executive Council on Sunday pointed a finger at the PTI government as it registered its “serious concern” over the “complete” denial of press freedom and freedom of speech and expression in the country. Its meeting in Quetta was among the most significant of its kind in PFUJ’s history given the number of serious issues that it had on its agenda: freedom of expression, large-scale lay-offs and reductions in the salaries of workers in news organisations, the economic squeeze as a result of non-payment of dues and government policies, kidnapping of journalists, harassment of women journalists, the prolonged incarceration of a media house owner caught in a vicious accountability cycle. This is a long list even by the standards of a country where journalists’ unions have been up against one challenge after another. It is quite clear from the questions raised that the government is not the only one on the list of those the PFUJ must be pursuing in an effort to get Pakistani journalists a better deal. But the government appears to be the chief offender.

A single sentence from the declaration issued at the conclusion of the three-day meeting says it all: “A systematic war has been launched by the government and anti-media forces to curb the freedom of expression and force the media houses to toe the official line or face the government’s wrath.” There could not have been a stronger call for the government to respond to this extremely distressing situation for both print and electronic media. The financial squeeze blamed on the government and an unabashed resort to old-style censorship by those who would never have been in power but for a vibrant media figured prominently in the PFUJ charge-sheet against the Imran Khan set-up that claims to draw its principles from the most tolerant of orders. They are there in the list along with the comparatively less highlighted kidnappers of newspersons. The kidnappers have been let off lightly with the mild sobriquet of ‘anti-media forces’. Others in power have a serious job at hand to address PFUJ’s concerns.