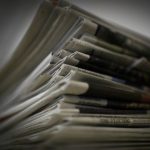 Peshawar: In Pakistan’s traditionally male-dominated setup, women continue to face cultural pressures both at home and elsewhere when it comes to pursuing a profession. Still, Pakistani women have proven themselves to be most resilient, proving their mettle in every field.

Women in Khyber-Pakhtunkhwa, like other provinces, are opting to enter many professional fields in droves, even those that were once exclusively the domain of men. Journalism is one such profession which is witnessing a growing influx of women.

“They [my parents] never stopped me from realising my dreams and accepted my request for higher studies but when they came to know that I will be working with men in the newsroom [following my graduation], they expressed their displeasure and tried to stop me from pursuing a career in journalism,” Rabia Khan, a journalist from Peshawar recalled the reaction of her parents.

“Despite their reservations, I remained persistent and convinced my parents to allow me to work as a reporter because I am passionate about journalism,” Rabia told The Express Tribune.

After working as a radio journalist for more than three years in Peshawar, Rabia later shifted to Islamabad in search of better career opportunities. At present, she is working with an international news organisation and financially supports her old parents – who are now really proud of her.

“Covering terrorist incidents in Peshawar and talking with victims’ families was never an easy task for a girl but I took up the challenge,” said an optimistic Rabia. “The experience gave me the courage to survive under difficult circumstances and also boosted my journalistic skills.”

Rabia is not the only woman who faced difficulties in her field but many female journalists have to go through hardships while performing their duties, especially those who hail from rural areas of Peshawar, particularly Fata district where female literacy rate is still very low.

Many of these women journalists have covered crucial stories at great cost to themselves, both physical and emotional. For instance, reporter Madeeha Khan covered the grisly Army Public School massacre with her emotions barely in check as her own cousin was a victim of the tragedy.

“Women journalists encounter many issues that are unique to them as well,” pointed out Khyber Union of Journalists Vice-President Anila Shaheen. “Take for instance the crowd that gathers around women reporters. It makes it extremely difficult for them to do their job.”

Journalist Riffat Shah also pointed out the cultural challenges she faces as a woman journalist in K-P. “I used to be stationed in Islamabad, which was considerably in terms of how I could dress. Since moving to Peshawar, however, I have to be mindful that I am dressed in a way that is seen as ‘modest’,” she said. “While I have not been harassed working in Peshawar, the crowd that gathers around me whenever I have to deliver a beeper on TV is a serious hindrance,” she added.

According to the elementary and secondary education data for K-P obtained using the Education Management Information System (EMIS), 64% of the around 1.8 million children out of school in the province are girls. In the tribal districts, 79% girls quit education at the primary level and 50% drop out at middle and high school levels.

A Pakistan Federal Union of Journalists report noted that more than 20,000 women work as journalists for various media outlets, the number increasing considerable in the wake of the media boom of the 2000s.

Harassment in the line of duty

According to the Federal Ombudsman’s report on ‘Protection Against Harassment of Women at Workplace’, 378 incidents of harassment against women were reported between 2014 and 2018. Of these, 220 incidents allegedly occurred at the workplace. Punishment, however, was only awarded to those accused in 49 cases.

To reduce harassment of women, the K-P government has appointed a female ombudsperson for the first time. “I took charge with limited resources. Already, I have received 21 complaints from working women, most of whom belong to the departments of health and education,” said K-P Ombudsperson Rakhshanda Naz.

“We have sent a notification to every department, asking them to follow and display anti-harassment guidelines and promptly report cases to their respective anti-harassment committees, and warning them that failure to comply could result in fines worth up to Rs100,000,” she told The Express Tribune. She added that so far, she has not received any complaint from women working in media.

Taking credit on behalf of his government for the appointment of a woman ombudsperson, K-P Information Minister Shaukat Yousafzai said they hoped that move would significantly reduce harassment and other issues women face in the line of their work. He added that the K-P government is also working on various schemes to promote women entrepreneurs and create more jobs for other working women.