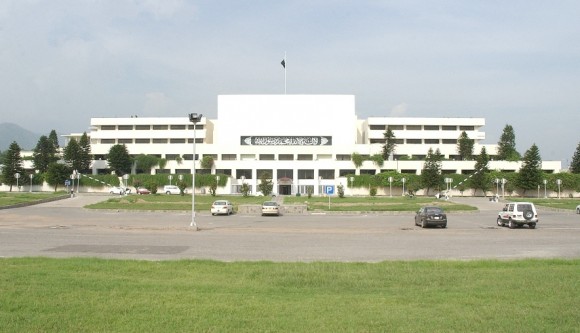 ISLAMABAD: The National Assembly on Wednesday passed a unanimous resolution against anchorpersons, who are telecasting programmes against parliamentarians without verification of facts but for some personnel agendas.

The parliamentarians, while unleashing strong criticism against a particular anchorperson, however, observed that majority of anchorpersons and journalists were performing their duties honestly. “It is true that all the journalists and anchorpersons are not the same but black sheep should be taken to task,” they said.

The resolution, moved by the Federal Minister Sheikh Waqas Akram, was also supported by all the members from opposition and treasury benches. It was signed by Lt. General (retd) Abdul Qadir Baloch (PML-N), Wasim Akhtar (MQM) and Ms Bushra Gohar on behalf of their parties.

The members, while referring to an anchorperson of a television channel (not Geo), said some channels telecast programmes in which the parliamentarians are humiliated by presenting wrong facts.

Speaker of the National Assembly Dr Fehmida Mirza assured the members that she was ready to go to the court with them to uphold dignity and respect of parliament.Through the resolution, the house condemned all those anchorpersons who are telecasting programmes against parliamentarians and other entities without verification of facts but for some personal agendas or for some unlawful gains or such anchorpersons who have been exposed for their non-professional conduct.

The National Assembly also demanded owners of media houses to expel those anchorpersons forthwith besides taking other due action.Speaking on a point of order, Sheikh Waqas Akram said that an anchorperson, during a programme on a television channel, targeted his personality and passed some insulting and humiliating remarks against him. He said that the anchorperson was the same person who during the movement for restoration of judiciary remarked that the chief justice should be hanged.

Sheikh Waqas Akram and Lt. General (retd) Abdul Qadir Baloch said all the parliamentarians should boycott the programme hosted by the anchorperson in question.However, at the same time, an independent Baloch member Usman Khan, advocate, praised commitment and courage of a senior journalist and anchorperson Hamid Mir with which he visited the Khuzdar district of Balochistan and covered it for the Geo television. Sardar Bahadar Sehar, Bushra Gohar and Usman Khan advocate also condemned irresponsible attitude of some anchorpersons.

Shazia Marri of the PPP criticised a promotional advertisement on education on a private television channel (Geo). She said that in the programme, the politicians are being held responsible for the poor state of education sector in the country, saying it is conspiracy against democracy. She lauded the role of Hamid Mir in electronic media but said only a single person could not reform the society.

Speaker National Assembly Dr Fehmida Mirza said that parliament was supreme and all the institutions should respect it. The speaker said the responsibility was also on media owners to ensure responsible reporting.

She assured the parliamentarians that she was even ready to visit courts with them in order to uphold the prestige of parliament. She observed that the code of conduct as adopted by the Parliamentary Reporters Association (PRA) was a welcoming step and all the television channels should also have their codes. “The television channels should also adopt a code of conduct and make sure that the it is implemented in letter and spirit,” she said.

The speaker maintained that it was the responsibility of media owners, producers and directors of programmes to take notice of irresponsible journalism and that there should be no mud-slinging. “The media should also project as to how we strengthened parliament and democracy,” she said.