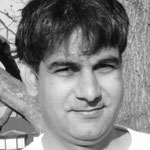 The post-modernist dictatorship over media scholarship 1980s onwards has banalised journalistic narratives. While important issues – for instance debate over media imperialism – have been trivialised, trifles have been assigned centrality in the media discourses.

In recent years and months, we have seen the consequences of this banality. Kerfuffle over an anti-Islam US video last year or protests in neighbouring India over Kamal Haasan’s Vishwarupam are only recent manifestations. Such incidents show that the debates one thought were long settled keep haunting us. For instance, it was thought that violation of privacy, conformity, hate speech, incitement to violence, etc, did not constitute ‘free expression’.

Long ago, German revolutionary Rosa Luxemburg aptly set the standard: “Freedom is always and exclusively freedom for the ones who think differently.”

Also, as Finnish media scholar Kaarle Nordenstreng points out, freedom of expression “is not an end product to be protected as such, but a means to ensure other more general objectives, such as peace and democracy.” (For facts, this article relies heavily on Nordenstreng.)

One may object that democracy and peace are as vague and ill-defined concepts as hate speech and privacy or incitement to violence. In the first place, this is not the case; when democracy arrives in Afghanistan or Iraq aboard F-16s, it is absolute violence, regardless of what CNN or Fox want us to believe.

Second, free expression implies an absolute freedom to question beliefs but also an absolute protection and right for the believers to practice and preach their beliefs. Third, power relations must be taken into account in every debate over free expression. Freedom of press or media does not imply the freedom of media proprietors.

A media system should be democratic. By democracy one does not imply the right to pick one channel out of one hundred channels airing same reactionary ideas. It implies that vast majorities have the right to express themselves. It will require different ownership patterns, radically new media practices, and a media discourse that upholds free expression as its cardinal principle instead of ‘free flow of information’.

Herbert Schiller, an American Marxist media scholar, was pointing out as early as the 1960s that “free flow of information” was part and parcel of US Cold War politics. One of the American architects of the Cold War, John Foster Dulles, secretary of state in the Eisenhower administration, was not upholding the right to free expression when he stated: “If I were to be granted one point in foreign policy and no other, I would make it the free flow of information.”

For Dulles, the “free flow doctrine” (uncritically taught even at Punjab University’s Department of Mass Communication, otherwise a bastion of Islamism), was a construct. A construct, to quote Nodenstreng, “made up of political and ideological elements derived mainly from United States…geopolitical interests.”

However, conformist and disciplined scholars were harnessed to provide this construct with a scholarly aura. These media commissars unscrupulously invoked John Milton’s Areopagitica (1644) and John Stuart Mill’s On Liberty (1859) as sources of the ‘free flow doctrine’ in which there must be a ‘free marketplace of ideas’.

For the US, the ‘free flow doctrine’ implies total submission to the US media system and practices. Unfortunately, in this commercial model, there is no space for free expression.

The writer is a freelance contributor.