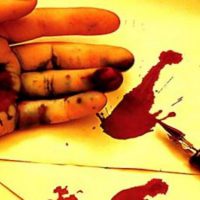 DERA GHAZI KHAN – A large number of journalists gathered outside DG Khan Regional Police Office on Thursday against police attack on Sher Afgan Buzdar, a reporter of BOL TV, the other night during media coverage at Basti Leghari in Gaddai police precincts. Journalists chanted slogans against DSP City Circle Mr Jawad as well as the police administration. They demanded that the police high-ups take immediate notice of the DSP’s highhandedness.

Talking to media they said, “Attacks on journalists in the line of duty have become a routine which is condemnable. We demand strict action against the police officers involved in assaulting media persons.” DG Khan Press Club president Mudassir Lashari while addressing the protesting journalists demanded: “Cases of manhandling journalists in the past should be reopened and investigated, and action must be taken against the policemen involved.” The protestors were carrying placards and banners. They had started their rally from Bombay Chowk, and culminated in the form of a sit-in outside RPO office.

As per details, a Gaddai police team under the supervision of DSP City Mr Jawad tried to arrest a man at Basti Leghari without issuing him arrest warrants. But residents of the Basti resisted the police attempt in which a policeman namely Sajjad became injured. The police tried to conceal the incident but journalist Sher Afgan Buzdar, a reporter of BOL TV, shot video of the incident through a mobile phone.

DSP City Mr Jawad arrested and assaulted the journalist on the spot and put him in the police van. He forcibly deleted all videos of the incident from his mobile phone. After intervention of District Police Officer Imran Yaqoob, the journalist was released by the DSP.  During the protest, a high level meeting was held in the commissioner office. DPO Imran Yaqoob came out of the commissioner office and negotiated with the protesters. On assurance of investigation against DSP City Mr Jawad, protesters ended their protest.