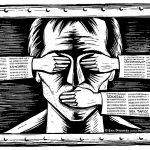 LAHORE: Media workers have complained while returning home from their duties, they are denied access to their residential areas by police, who beefed up security measures on several roads.

The journalists were said to have introduced themselves by displaying their press identity cards, but the armed police personnel refused to let them pass.

A journalist said: “Police blatantly ignored the exemption granted to journalists from lockdown. While returning home from the office around 12:30am on Thursday, I was stopped at a picket at Mozang Adda, which was manned by a Mozang police senior official. He flatly refused to let me cross despite the fact that I showed him my press card. I had to take a long alternate route to reach home.”

Responding to the complaints, the capital city police officer claimed that instructions regarding media workers’ movement had been issued to policemen at all pickets.

Journalists would be able to move around the city during the lockdown after displaying their press identity cards, he added.