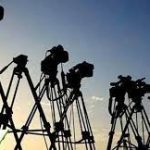 ISLAMABAD: The sub-committee of National Assembly on Human Rights on Friday decided to invite media representatives for their input on the Protection of Journalists and Media Professionals Bill, 2021.

“Representatives from Pakistan Federal Union of Journalists and regional union of journalists can expand on the concerns and the challenges journalists face,” said MNA Lal Chand who was heading the sub-committee.

An initiative of the Human Rights Ministry, the salient features of the bill include a welfare scheme for journalists, which bind media owners to provide life and health insurance to journalists. It also binds them to provide proper training to journalists before assigning them to dangerous areas.

The bill also ensures right to life and protection against ill treatment, right to protect their privacy and sources and to work independently and without unlawful and arbitrary restrictions.

The draft bill also provides for the establishment of an independent commission which will look into journalists about threats or acts of torture, killing, violent attacks, forced disappearance, arbitrary arrests, detention and harassment.

The commission may also call information from the federal, provincial and intelligence agencies and any other authority while inquiring into complaints.

“Journalists go months without being paid. It is important that the draft bill ensures financial security of media professionals,” she said.

The draft bill was introduced in the National Assembly on May 26, 2021. It was then discussed in the NA standing committee on Human Rights on June 17, 2021 and it has been referred to the sub-committee to further discuss the bill in detail. The bill proposes legal and institutional framework to create conducive environment where journalists and media professionals can work with freedom of expression.

The committee also took up the Maintenance and Welfare of the Old Parents and Senior Citizens Bill, 2020, and decided to send it back to the Ministry of Law and Justice for improvements.