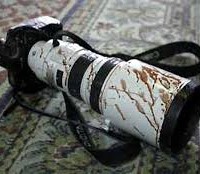 ISLAMABAD: The National Assembly Standing Committee on Information, Broadcasting and National Heritage, while discussing the Protection of Journalists Bill 2014, suggested that media owners should attend meetings to address the issue.

The committee has decided to form a subcommittee, in order to discuss the matter further and will report within 30 days.

The meeting was presided over by Pir Mohammad Aslam Bodla. Senator Mushahidullah Khan, who has been chairing a Senate subcommittee on the Journalists Protection and Welfare Bill, also participated.

Acting information secretary Saba Moshin Raza said the bill is being reviewed, and some responsibilities will be given to media owners.

According to Senator Khan, media owners and their representative bodies have not participated in the Senate subcommittee meetings, which have been attended by representatives from the Pakistan Federal Union of Journalists (PFUJ).

“[Although the] government is willing to ensure the safety of journalists, I believe media owners can take most of the steps for journalists’ safety,” he said. He added that an effective law cannot be made without the input of media owners.

Dr Mohammad Azhar Jadoon asked how it was possible that the standing committee had called on someone and been ignored.

Senator Khan said an ex parte decision could be made, but he wanted input from all the stakeholders in order to make the bill comprehensive.

Pakistan Electronic Media Regulatory Authority (Pemra) chief Absar Alam informed the meeting that there is a committee of editors and owners on journalists’ safety, and suggested that the committee be invited to the standing committee.

While discussing the non-payment of salaries to BOL TV employees, the Pemra chairperson astonished committee members and the press when he claimed that BOL TV was not launched because of the Inter-Services Intelligence (ISI) The matter was raised by Senator Mushahidullah Khan, who said that more than 2,000 employees had not been paid their salaries, and suggested that one of the company accounts should be unfrozen to pay employees’ wages.

“We had a licence, but the Ministry of Information wrote a letter to the cable operators instructing them not to show the transmission. The Pakistan Broadcasters Association (PBA) feared that other channels would be closed if BOL was launched,” he said.

Absar Alam said the matter of salaries was raised during before a Senate Standing Committee on Tuesday, after which someone from BOL TV tweeted against Pemra.

“Although the tweet can be from a fake account, I was hurt. I have been raising the issue of BOL TV and I have sent two letters to the Ministry of Interior, but so far I have not received any answer. I am working beyond my mandate to address the issue,” he said.

Mr Absar said the interior ministry, on Mar 25 2013, sent Pemra a no objection certificate for the channel. “However, on Apr 9 2013, ISI sent a letter that it had not given clearance to the channel. If clearance is given today, I will issue the licence for the channel in the next meeting,” he said.

A meeting with a one point agenda, on BOL TV, will be held next week.