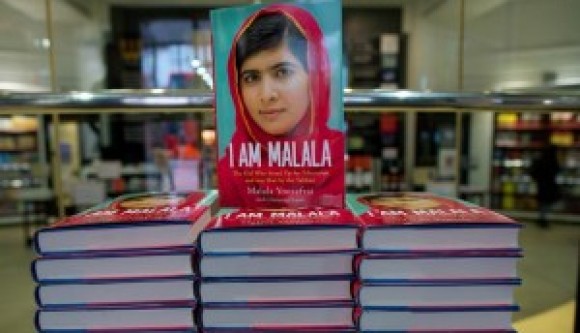 Malala interrupted and the Khan surprised Mohammed Tahseen, whom I fondly call Paa Taseen, is known to me since childhood despite us never having lived in the same city. Fundamentally, that is because of a shared political heritage between our families.

He is a seasoned community development practitioner, peace campaigner and human rights activist. He is a few years senior to me and, therefore, his ideals about the country and society in which we live have been shattered for a few more years. He has been betrayed as a citizen of Pakistan for a little longer than people my age. However, somehow he has been able to retain that hope for goodness in all and, consequently, continues to get surprised when people act differently.

The latest is his shock and anger over the government of Khyber Pakhtunkhwa’s decision to not allow the launch and discussion on the book ‘I am Malala’ in the University of Peshawar. In his email to friends, he is also unhappy with the way Prof Sarfaraz Khan, a noted academic was pressurised – almost coerced – by the sitting ministers (he mentions Sirajul Haq and Shah Farman), to call off the event scheduled for January 28. When Prof Khan refused to budge, the government intervened and took administrative measures through the vice chancellor and registrar of the university to stop the event.

Since I have also known some of the organisers in Peshawar, what doesn’t surprise me is the resolve of Prof Sarfaraz Khan and his fellow academics and students to hold the book launch with support from the local civil society. Their struggle for an independent academia and a free media is spread over decades. Likewise, I am not surprised at all with the actions of the right-wing government in power in the province and its ministers – who are not just bigots of varying degrees but offer us a blend of hypocrisy and bigotry. What surprises me is Paa Taseen still being surprised by the PTI and the Jamaat-e-Islami.

Let us understand this blend of hypocrisy and bigotry. To be fair, it is not just the PTI and the JI, but some significant sections of our society that suffer from twisted thinking. Irrational and emotional, unable to connect or correlate happenings and events, craving to enjoy the luxuries of the modern world while clamouring to create a medieval theocracy – we are becoming distinct for all the wrong reasons. It is our affluent and not-so-affluent middleclass that is the most confused.

I have a number of teenaged nephews and nieces. I had a chance to speak to two of them, one in Karachi and one in Rawalpindi, some weeks ago. When Malala, the simple schoolgirl from Swat who championed the right of girls to be educated in the face of their schools being blown up by the Taliban, was hit and instantly became a hero on national media, like others their age these teenagers from our family started wearing pins on their chests saying, ‘I am Malala’.

While she became a hero for the rest of the world, our bigots – playing upon the cultivated insecurity and paranoia that isolates us from the rest of the world – began to churn out venom against the poor girl. Blaming the victim is the favourite pastime for our right-wing opinion makers. When Benazir was assassinated they questioned her coming out of the sunroof of her car to wave at her supporters. Denouncing our heroes gives our bigots some kind of perverse psychological pleasure – from Dr Abdus Salam to Malala Yousafzai (when her book appeared, mudslinging increased further and she and her family were branded agents of western imperialism).

So when I asked the two young people in the family if they had read her book, both of them had interesting answers. The one in Karachi who is younger had read the book but said, “You see Abba, I wonder what she has really done for Pakistan? My teacher and some friends also say that.” The one in Rawalpindi had not read the book. But he said, “If Malala is such a good girl as we were told earlier, why she is being celebrated in western countries? She must be doing something against Islam and Pakistan.”

Now that’s interesting – and somewhat reflective of how we think and how we have made our children think. This is what you get if history is either not taught or selectively taught or its distorted versions are taught in schools. We also tend to forget that it was the Pakistan Army helicopter that brought Malala from Swat to Rawalpindi for emergency treatment.

And, no surprises there, both these teenagers see Imran Khan as the messiah for Pakistan. I didn’t argue much with them. I simply reminded them of their leader’s statement when Malala was shortlisted for the Nobel Peace Prize and didn’t receive it. He said that he had wanted her to win the prize.

The PTI represents the confusion of the young and old in parts of Punjab, Khyber Pakhtunkhwa and Karachi about faith, identity and our relationship with the rest of the world. It also represents the hypocrisy of the landed and business elite who saw that this knight in shining armour had a chance to win and so jumped on the bandwagon after his successful Lahore rally in October 2011. It also shows an inherent desire of the leader himself to become the ruler of this country – as hastily as he can.

On Prof Sarfaraz Khan being restricted from holding an event on Malala by the PTI-JI government in Peshawar, why I am not surprised but Paa Taseen is? Because I remember Imran Khan making a statement in India condemning Salmaan Taseer’s assassination while his spokesperson, who now happens to be the leader of the opposition in the Punjab Assembly, spoke at a rally held in favour of Taseer’s assassin in Lahore. Because I am still reminded of the once principled stand taken by Imran Khan against the MQM – and then completely backtracking from pursuing these cases on the advice of his aides. Because I can recall Imran Khan wanting the then ANP government to resign for the Bannu jailbreak and then not asking his own government in the province to resign after the bigger DI Khan jailbreak.

The PTI largely maintains that extremism and sectarianism in Pakistan are an outcome of the war on terror and drone strikes in North Waziristan. Apparently, local history for them begins with the foundation of their party and international history with 9/11. As a result, the PTI has blocked Nato-Isaf supplies for some weeks now while having always stood for dialogue with the Taliban. They clarify by saying that the party has blocked supplies and that the government run by the party has nothing to do with it.

That’s like PPP activists blocking transportation from the Karachi Port while running the provincial government in Sindh. Or PML-N activists blocking trade through the Wagah-Attari border while running the Punjab government. But hang on. Interestingly, Khan has just recently said that he stands with the Pakistan Army but only if he is taken into confidence properly if an operation is to be launched against the Taliban.

It is time for Imran Khan to be surprised. As I write these lines, he has said through social media that he is surprised why the book launch was stopped by the provincial government. Just a couple of weeks ago, he was equally surprised when his provincial government coldly responded to the martyrdom of the school boy, Aitizaz Hasan, in Hangu. It is perhaps time Khan started paying heed to what his critics have been telling him for some time now.

Trying to tie a knot between a supermodel from metropolitan Lahore, who enjoys the same lifestyle as Khan, and a rugged religious warrior of Pakhtun origin, romanticised by Khan out of his love for the imaginary greatness of ancestors, will not work. He needs to bring clarity into his own thinking and in the thinking of the rank and file of his party.

The writer is a poet and author based in Islamabad. Email: harris.khalique@gmail.com