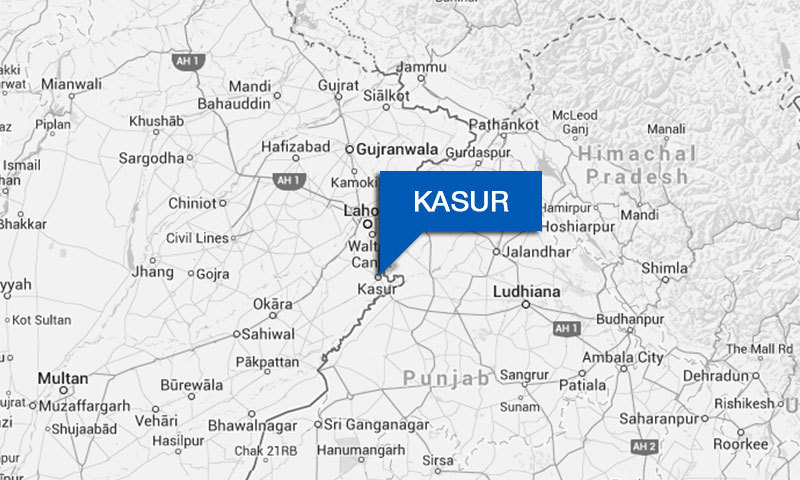 KASUR: Lawyers manhandled jail officials, including an assistant superintendent, outside a local court on Saturday, besides thrashing some media persons and snatching their cameras while they were reporting the incident.

To condemn highhandedness of lawyers, local journalists staged a protest demonstration and demanded protection during their work and action against those resorting to violence.

Sources say Advocate Farooq Azam, a member of district bar association, went to the district jail a few days back to get signed some documents by an under-trial prisoner. The lawyer had an argument with ASJ Muzaffar Husain during the process. He later filed a writ petition against four jail officials, including Mr Husain.

On Saturday, as the four jail officials came to the district courts in connection with the hearing of the plea, the two sides again exchanged words in the court of Additional Session Judge Tahir Majeed.

As the jail officials came out of the court, scores of lawyers allegedly pounced on them and manhandled them.

The angry lawyers also manhandled a reporter and cameraman of a private channel who tried to shoot the incident. The lawyers also snatched their cameras and mike.

Later, media persons called an urgent meeting and staged a protest demonstration at Baldia Chowk against lawyers’ highhandedness. On the occasion, senior journalists, including Salemur Rehman, Mehar Javid, Muhammad Sharif and Ajmal Shad demanded of the police to take a stern action against the attacking lawyers.

The journalists also sought protection during their professional work. On the assurance of local administration that the suspects would be proceeded against, the journalists ended their protest. They also filed complaints regarding the incident with the local police, DBA president and Pakistan Bar Council.