Home » Featured » Lack of ethics in our media 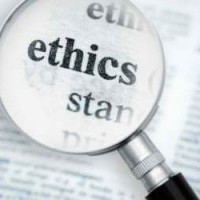 Ever since the Pakistani media was liberalised in 2002, channels upon channels focusing on news have been launched over the years. For the average Pakistani household, evening talk shows have become a major source of political awareness and, if looking from a certain angle, even entertainment.

Talk shows are not entirely meant to be a source of entertainment but the fact remains that they represent dramatisation and even comedy on certain occasions. Non-issues are discussed like there is nothing else left to be pondered upon while real issues remain on the backburner.

Futile arguments on live shows divert the audience from the topic and some anchorpersons do not prevent the debates from escalating just for the sake of television rating points (TRPs); something that is solely meant for raising the commercial viability of the show.

Although the Pakistan Electronic Media Regulation Authority (PEMRA) has been in place for the past 15 years, no considerable steps have been taken to contain the ‘commercial spiciness’ in talk shows even after the induction of time-delay mechanism for prime time shows.

Perhaps, the failure lies largely with the show host’s abilities to conduct a meaningful program and to some extent the politicisation of state institutions like PEMRA. This has been the case with other countries such as India as well, where the situation is even worse given how ideological and political lines are drawn with impunity.

Talk shows are meant to spread tolerance and awareness on socio-economic and geopolitical matters pertaining to not only the state but the world at large. I still remember while I was growing up back in the 1990s when there used to be only PTV.

The content of the programs and news reading techniques were of a quality we yearn to witness in today’s era.

Major news channels such as Geo News and ARY News rely on sensationalism and even biased reporting void of any media ethics to air content. Adding to that, the advent of social media has given rise to a new generation which relies on both online and ‘idiot box’ reporting techniques, and vents its frustrations on platforms such as Facebook and Twitter.

This is for some of my journalist friends as well who fail to differentiate between what is morally right or wrong. Primary examples include the highly sensationalised and unethical reporting on certain incidents such as the Ahmadpur-East oil tanker tragedy and the APS School Attack.

Where did it all go wrong? Perhaps, the answer to this question lies in society’s own odd preference for ‘spiciness’. This goes for the drama industry as well where only a few drama serials such as Humsafar have managed to live up to the expectations of the PTV days at a time when senseless Indian dramas are watched in greater numbers.

Pakistan needs to revolutionise the way content is developed for the average viewer. We do not need to copy the way other countries present news or air drama serials. Our film industry is already back on track with blockbusters like Ho Mann Jahaan and Actor in Law but a lot still needs to be done for electronic media.

It doesn’t mean that the media is full of sensationalism since there are some good talk shows aired as well on some of the leading news channels. However, the road to identifying media’s true potential is a long and bumpy one.