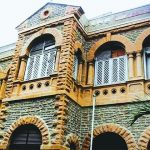 KARACHI: The Karachi Press Club’s (KPC) Joint Action Committee (JAC) has called upon the Rangers’ director general to ensure action against those who barged into the KPC premises a few days ago and violated its sanctity.

In a statement on Wednesday, the JAC sought an apology from the chief of the paramilitary force and warned that it would launch a countrywide protest if effective action was not taken.

The JAC’s decision came at a meeting held at the club and attended by the presidents and secretaries of all factions of the Karachi Union of Journalists as well as the KPC. The meeting noted that the journalist fraternity had always been on the front line against terrorism and for the integrity and solidarity of the country. It respects the security organisations and expects the same from them, the statement added.