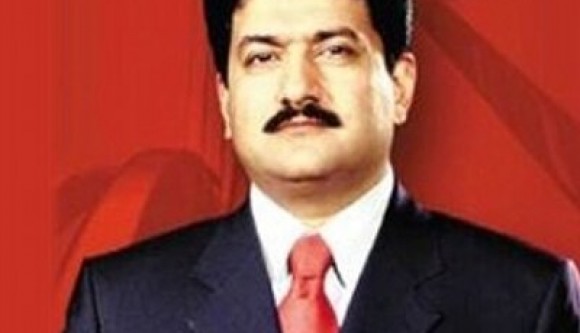 ISLAMABAD: Reacting swiftly to the attack on senior journalist Hamid Mir, the federal government decided on Sunday to form a judicial commission to investigate the matter.

After a meeting with close aides at his Lahore residence, Prime Minister Nawaz Sharif resolved to have the attempt on Mir’s life investigated at highest level.

The government also announced a reward of Rs10 million for anyone who came forward to provide information that could lead to the capture of the attackers.

An official statement issued by the Prime Minister’s Office said a formal request would be made to the Chief Justice of Pakistan to nominate a three-member judicial commission.

“The competent authority, under Section 3(1) and Section 5(1) of the Pakistan Commission of Inquiry Act 1956, has decided to appoint a commission of inquiry to ascertain (the) facts, identify culprits and affix responsibility for the incident of firing and injuring Hamid Mir on April 19 in Karachi, (consisting) of three honourable sitting judges of the Supreme Court, for report within 21 days,” says the draft of the letter the interior secretary has been asked to forward to the SC registrar.

In the letter, the apex court has been requested to nominate “three names of Supreme Court judges to constitute the commission, including one judge who will head the commission”.

The Ministry of Interior will provide secretarial support to the commission. The commission, says the letter, will be duly notified upon receipt of the names of member judges.

An additional registrar of the Supreme Court told Dawn that necessary action would be initiated when the government’s request was received on Monday.

In a video message recorded shortly before the attempt on his life, Mir had reportedly singled out certain Inter-Services Intelligence (ISI) operatives and said that in case anything were to happen to him, they should be held responsible.

He is said to have shared the apprehensions with his employers and colleagues at the Jang Group as well as close friends and family members.

The last such commission was constituted by the PPP government in June 2011 to investigate the murder of journalist Saleem Shahzad.

Shahzad was abducted from Islamabad in May 2011 and his corpse was later discovered in Mandi Bahauddin. Before his death, Shahzad had confided to close friends fears regarding threats to his life from the ISI.

The five-member commission that investigated his death could only come to the conclusion that, “In all likelihood, the motive behind the incident was provided by the writings of Saleem. What is not so clear is the question of who had that motive and actually acted upon it.”

In one of his last stories, Shahzad had reported that Al Qaeda may have ‘infiltrated’ into the Pakistan Army.