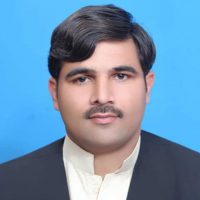 Parliamentary journalists of Khyber Pakhtunkhwa Assembly on Thursday staged a token walk-out of the house to register protest against the murder of the Haripur based journalist Sohail Khan. The Haripur based journalist had been shot dead after he submitted a formal application with the concerned police station of his district. The deceased was reportedly receiving threats from drug mafia. The incident has triggered a national wide protest of the country community.

After the walkout of the journalists from the Press Gallery of the provincial assembly, Deputy Speaker Mahmood Jan and Advisor to CM for industries, Abdul Karim Khan came out of the house and held negotiations with the protesting journalists.

They were chanting slogans demanding protection for journalist. The recent cold blooded murder of the journalist is second similar incident as another journalist associated with the same organization Bakhshish Elahi was killed six months back.

On the assurance of conducting inquiry and arrest of the accused the journalists ended their boycott of the coverage of the house proceedings.

The Speaker, Mushtaq Ahmad Ghani issued directives to the Inspector General of Police (IGP) for submitting reports to the house tomorrow.