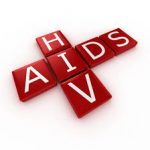 Larkana: National and international experts have urged journalists to play their role in prevention of HIV and AIDS in the country, especially in the rural areas of Sindh and Punjab where a vast majority of people is living at the mercy of quacks, who are spreading not only HIV but also Hepatitis B and C as well as other transmissible diseases due to their ignorance and lust for money.

They said over 1,100 people including 980 children who were infected with HIV in Ratodero area of Larkana could be prevented from acquiring the lethal, blood-borne disease if knew that they should not let doctors and quacks to reuse syringes and IV drips on them and their children, saying people need to be told that over 90 percent injections and IV drips given to people are unnecessary and not required. They were speaking at two separate trainings for media representatives, organized by the Sindh AIDS Control Programme (SACP) in collaboration with the United Nations Children’s Fund (UNICEF) and the Joint United Nations Programme on HIV/AIDS (UNAIDS) in Ratodero and Larkana this week.

Training sessions that brought together over 70 representatives of the print and electronic media, focused on capacity building of journalists to report sensitive issues such as HIV. Interactive sessions on modes of transmission of HIV, stigma and discrimination, barriers to accessing HIV related services, use of appropriate words and terminology while reporting on HIV and rights of children were held.

“Media has a tremendous reach and is a powerful tool for raising awareness about HIV in the communities,” said Saqib Ali Shaikh, Deputy Programme Manager SACP. “Engaging media in such trainings will help raise awareness amongst communities on prevention of HIV and services being offered at public health facilities such as the newly inaugurated HIV Treatment Centre at Ratodero.”

In the aftermath of the HIV outbreak in Ratodero and Larkana earlier this year which has reportedly affected 1,142 people including 910 children, SACP has initiated a series of training sessions for journalists in Sindh. A training was recently organised in Karachi followed by two sessions in the most affected Larkana district.

“Such trainings are unique opportunities for journalists to get authentic information regarding the situation of HIV in the province,” said Muneer Ahmad Soomro, former General Secretary of the Larkana Press Club. “It is imperative that while reporting on a sensitive issue suc as HIV, we abide by the code of journalistic ethics and do not reveal the identities of those affected.”

Mr. Soomro further said that trainings organised by SACP, UNICEF and UNAIDS will help us put together in-depth and well researched articles on HIV prevention, treatment, care and support. Above all, through our news reports, we would raise public awareness about the fact that a person living with HIV can live a healthy and long life just like anyone else.”

SACP in collaboration with the UN partners intends to continue such training workshops for media as part of its Sindh HIV Outbreak Response Plan.