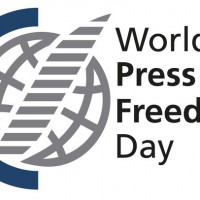 ISLAMABAD: The Pakistan Federal Union of Journalists (PFUJ) will observe the World Press Freedom Day on Wednesday during which journalists across the country will express solidarity with Dawn.

This was announced by PFUJ president Afzal Butt in a statement issued here on Tuesday. He said this year the World Press Freedom Day would be observed as the ‘Press Freedom Day with Dawn’. Camps would be set up outside Dawn’s offices and press clubs across the country, he added.

In Karachi, according to the statement, journalists and other media workers will march from the press club to the Dawn’s office in the city in solidarity with the newspaper. PFUJ secretary general Ayub Jan Sarhandi and office-bearers of the Karachi Union of Journalists will lead the march.

According to the PFUJ’s statement, similar gatherings to express solidarity with Dawn will also be organised in Lahore, Quetta, Peshawar, Gujranwala, Multan, Rahim Yar Khan, Hyderabad and several other cities and towns of the country. The Hyderabad Press Club will hold a seminar in this regard.

In Islamabad, a solidarity camp will be set up outside the Dawn office at about 4pm where office-bearers of the PFUJ and RIUJ will address journalists, other media workers and members of the civil society and political parties.

Talking about investigation into publication of a story in Dawn, Mr Butt said: “The Press Council of Pakistan has already cleared the newspaper of any wrongdoing; therefore, forwarding the matter to APNS (All Pakistan Newspapers Society) or any other forum is unjustified.”

After attending a joint meeting of the PFUJ and the Rawalpindi-Islamabad Union of Journalists (RIUJ) here, he said: “We have already rejected any so-called disciplinary action against the newspaper after the decision by the press council.”

Mr Butt lauded Dawn for upholding the principles of journalism and for refusing to succumb to any government pressure to reveal the source of the said story.

May 3 has been declared as the World Press Freedom Day by the United Nations General Assembly to raise awareness about the importance of the freedom of press and to remind governments of their duty to respect and uphold the right to the freedom of expression.

Meanwhile, All Pakistan Newspapers Employees Confederation (APNEC) and Media Workers Organisation organised a protest march from the Dawn office in Islamabad to the Press Information Department on Tuesday.

Addressing the participants of the march, APNEC secretary general Ikram Bukhari and other speakers decried what they called a move by authorities to curb the freedom of press through administrative means.