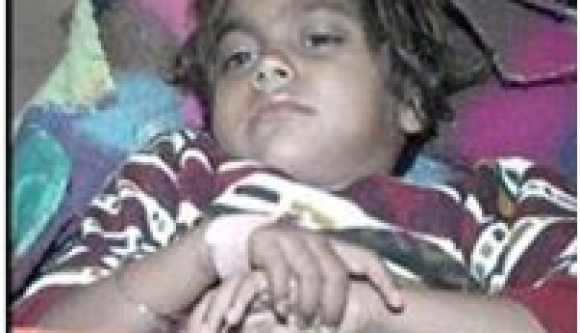 HYDERABAD: Journalists in Umerkot, including Daily Sindh Express reporter Mushtaq Kunbhar, have received threatening calls for reporting the rape of a six-year-old girl in Meghwadh colony in Umerkot.

Kunbhar was physically assaulted on Friday for reporting a particular name.

The incident took place on December 2 in Meghwadh colony when the girl, V, went missing for about an hour while playing in the street outside her house. She was found bleeding and unconscious on the same street later. Although V was not able to identify the man who took her away, the police used sniffer dogs to reach the site of the incident.

“The dogs traced the autak (guest house), which is also used as an illegal betting den, of an influential person,” said Kunbhar.

“I received threatening calls on Thursday to stop reporting the issue,” Kunbhar told The Express Tribune. “Today (Friday), I was stopped by some men who started beating me up. But as soon as the other reporters who were with me tried to stop them, the attackers escaped.” The journalists held a protest against the attack on Kunbhar in the afternoon and were assured by SSP Riaz Soomro that an FIR would be registered on the reporter’s complaint against the person who attacked him. However, no FIR was registered till the filing of this report.

The police arrested two suspects, Rano Mallah and Sarwanh Meghwadh, and the former, who is said to be a worker of an influential person, confessed that he was the one who raped V. “I have committed a heinous crime for which I am ashamed,” said Mallah at a press conference called by the SSP.

The girl’s family complained, however, that the police were trying to save the real culprit by arresting a scapegoat.

V’s uncle, who is the complainant in the FIR, also accused the local doctors for delaying the medical examination.

Dr Leela Pardeep, the medical officer, when contacted said that the DHQ hospital required a formal letter from the police to initiate the procedure which she received on Friday. “We will now call her for medical examination.”