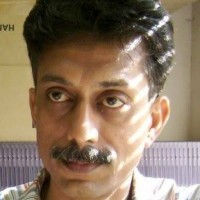 LARKANA: Investigators have failed to nominate the suspected killer of Shan Dahar, one month after the murder of the journalist.

Dahar, who worked for a TV channel, was shot dead in Badah town on Jan 1.

He said Piyar Ali Brohi, Zulfikar Bhatti and Faheem Sariyo, who were named as suspects in the case by Dahar’s family, had also been arrested, while two others — Aamir Zahri and Irfan Zahri — still at large.

All nine suspects were produced before the media.

The ASP said that the bullet taken out from Dahar’s body during the post-mortem had been sent to the forensic laboratory and only after receiving its report, police would be able to nominate the suspected killer.

The official said four witnesses, who had volunteered to get their statements recorded, told police that six drunken men were seen firing in the area where the journalist was killed.

Dahar’s sister Naeeman and her husband Roshan Bhutto were present at the press conference.