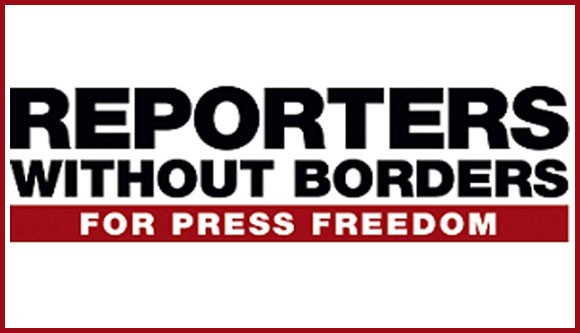 As the United Nations Human Rights Council prepared for its Universal Periodic Review of Pakistan, Reporters Without Borders expressed alarm over growing threats to journalists’ lives and safety in many regions of the country.

The free press organization, which has official consultative status with the U.N., had recommended as recently as April a series of measures designed to protect journalists in Pakistan.

“A mere six months after our recommendations, media workers face even greater danger,” Reporters Without Borders said on the eve of the 30 October review. “The number of journalists killed continues to increase, and most of the investigations opened into these murders remain inconclusive, contributing to an intolerable level of impunity.”

The organization demanded that the Human Rights Council put Pakistani authorities on notice that journalists must be protected from the daily threat of violence from armed groups.

Moreover, media workers face a mounting number of threats. Most of these come from armed Taliban and Baloch separatist groups, or are tied to government intelligence services.

Three of the journalists killed this year were murdered in Balochistan, the country’s most deadly region for media workers. There, journalists are caught in the crossfire between security services and separatist forces. In one case, Ayub Tareen, a correspondent for the BBC Urdu service in Quetta, was forced to flee the city and go into hiding following a threat by the Baloch Liberation Front.

The Taliban, listed by Reporters Without Borders as Predators of Press Freedom, recently confirmed that status with their assassination attempt against Malala Yousafzai, the 15-year-old blogger on female education issues. The group declared that her writings defied their interpretation of Islam.

Meanwhile, an official investigation into the slaying of Asia Times investigative journalist Syed Saleem Shahzad, whose body was found in his car last 31 May has not identified those responsible. But testimony by Pakistani journalists and by a number of NGOs pointed immediately to indications of involvement by the Inter-Services Intelligence agency.

In light of the unacceptable mortal dangers that journalists face in Pakistan, Reporters Without Borders reiterates its April recommendations:

1. Authorities must urgently take steps to guarantee the safety of all journalists as soon as they are threatened.

2. Protection measures to which Pakistan committed itself in the 2008 Universal Periodic Review must be put into effect immediately. These included investigating and prosecuting crimes against journalists.

3. All attempts to limit press freedom on the Internet must be abandoned.

4. In light of the U.N. Human Rights Committee’s General Comment 34 last year concerning Article 19 of the Universal Declaration of Human Rights – “freedom of opinion and expression” – Pakistan should consider applying the recommendation concerning laws against defamation and blasphemy.

5. The government must commit itself to continuing all investigations into crimes against journalists – which all remain open – in order to bring all of those responsible to justice.

In 2011, for the second year in a row, Pakistan was the most deadly country in the world for journalists. It was ranked 151 of 179 countries on the World Press Freedom Index compiled by Reporters Without Borders.