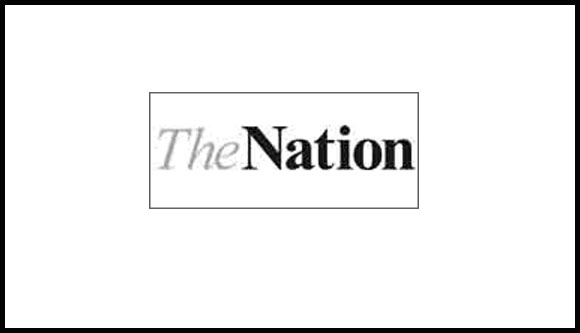 KARACHI: Eight people including two cops and a journalist of a local newspaper were gunned down while three others were wounded in various parts of the metropolis here on Tuesday.Unidentified armed men opened indiscriminate gunshots on a police head constable Sajid, 40, son of Allah Bux at Timber Market in the limits of Napier police station.Resultantly, he sustained fatal bullet wounds and succumbed to his injuries on spot.

The body was moved to Civil Hospital Karachi (CHK) for legal formalities. Police said the deceased was posted in Special Branch. No case was registered till filing of this report. A 32-year-old man namely Ameerullah was shot dead by unknown armed men at Jamali Goth located near Super Highway within the remit of Sohrab Goth police station. Police said the victim was targeted when he was sitting at his cosmetic shop located at Jamali Goth.The deceased was shot multiple times and his body was shifted to Abbasi Shaheed Hospital (ASH) for post-mortem and later handed over to the heirs.

No case was registered till filing this report.Separately, angry mob torched a car after an incident of target killing claimed a life and wounded other in Raxer line within the remits of Pak colony Police Station.Police said that unidentified assailants sprayed bullets at a milk shop. Resultantly, three people including Muhammd Azam, Talib and Mohsin sustained bullet injuries and were taken to the ASH for medical treatment, where doctor pronounced Azam dead. Following the incident, a number of traders and locals of the area staged protest against the target killing and torched a car. The gunmen resorted to firing at a shop located within the remit of Taimoria police station that left two dead and wounded two others.Police said that gunmen riding on a motorbike reached at fast-food restaurant located at Block N, North Nazimabad and started indiscriminate firing. As a result, three men sitting at the shop sustained bullet wounds and rushed to the Abbasi Shaheed Hospital where Zohaib Hassan and Atta alias Babu succumbed to the injures while Sohail and other were admitted with critical bullet injuries. Police suspect that spell of sectarian killing was the motive behind the killing.

A policeman was killed and another was injured in a targeted attack at the police mobile in Kunwari Colony within the limits of Manghopir police station on Monday. According to initial reports, over half dozen armed men opened indiscriminate firing at the police during deployment of police in the area. The deceased was identified as Ilyas Shah, and injured as ASI Mumtaz Ali. They were taken to Abbasi Shaheed Hospital for autopsy and medical treatment. Both policemen were posted at the Mohafiz Force. SSP Amir Farooqui told that Taliban were behind the attack as they retaliated over police action against their network. He said that the same culprits were also behind the attack at the bus of the ceramic factory three days ago.

Separately, a reporter of the local Urdu newspaper, Syed Raza Ali Shah, 50, was killed in a targeted attack at Khadda Market area within Baghdadi police remits. Police officials said that the deceased on his motorcycle was on the way to his home in Lyari when two armed men riding a motorcycle shot and killed him while the motive behind the incident has yet to be ascertained.In another act of target killing, a young man was gunned down in Orangi Town within Pirabad police precincts. The deceased was said to be the younger brother of DSP Malik Qasim.

SHO Naveed Nasir said that the deceased lived in the same area while further investigation was underway. Meanwhile, an alleged robber was killed and two shopkeepers were injured in an exchanged of firing at Boltan Market within Kharadar police remit. Police said that at least three robbers arrived at the plastic shop and opened indiscriminate firing at the shop over offering resistance on a robbing bid. Resultantly, shop owner Shakeel and his employee Sheroze were injured. In retaliation, the shop owner also fired at them. As a result, one robber who yet to be identified was killed while his companions managed to escape, DSP Bajwa said.In another firing incident, a local leader of Ahle Sunnat Wal Jamaat (ASWJ) and a trustee of Masjid-e-Ghousia got bullet wounds in an armed ambush in the jurisdiction of Shah Latif police station. Police said the victim Hafiz Abu Bakar son of Khalil-ur-Rehman was targeted by unidentified armed riders near his residence.

He was shifted to hospital for treatment where doctors declared his condition critical.Meanwhile, Maulana Akbar Saeed Farooqi confirmed the said attack, saying that he was injured in an armed attack. No case was registered till filing of this report.Meanwhile, a homeopathic doctor, namely Abdul Hamid, 44, son of Abdul Aziz was gunned down inside his clinic in Baldia Town within the limits of Saeedabad police station.

According to SHO Gulshan Junejo, at least two armed men riding a motorcycle came to the victim’s clinic and opened indiscriminate firing at him. Resultantly, he died on the spot. The deceased lived in the same area and was running the clinic from seven years while the motive behind the incident has yet to be ascertained.