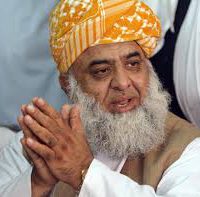 PESHAWAR: Peshawar Press Club (PPC) and Khyber Union of Journalists (KhUJ) on Tuesday ended the boycott of the Jamiat Ulema-e-Islam-Fazl (JUI-F) after its chief Maulana Fazlur Rehman assured the journalist community of visiting the press club and tendering an apology over the torture of media persons by its workers.

The PPC and KhUJ announced conditional end to the boycott of the party activities by the journalists after a JUI-F delegation visited the press club and held a meeting with the office-bearers of the two bodies. JUI-F provincial chief Maulana Gul Naseeb led the delegation. Other members of the delegation included JUI-F’s provincial information secretary Abdul Jalil Jan, Mufti Kifayatullah and Maulana Amanullah Haqqani. They met PPC president Alamgir Khan, general secretary Shahabuddin and bureau chiefs of various print and electronic media organisations and senior journalists.

The JUI-F leaders expressed grief at the damage caused to the DSNGs and torture meted out to the journalists during the party’s protest outside the building of the Khyber Pakhtunkhwa Assembly on Saturday. The JUI-F activists staged the protest in a bid to disrupt voting on a bill to merge the tribal areas with Khyber Pakhtunkhwa.

The PPC office-bearers and others who were present at the meeting told the visiting JUI-F leaders that Maulana Fazlur Rehman would have to visit the press club to tender an apology. Maulana Fazlur Rehman assured Alamgir Khan while talking to him on phone to visit the press club in person to tender an apology. After his assurance the journalists end the boycott of JUI-F activities. Meanwhile, the PPC and KhUJ in another meeting decided to issue show-cause notices to journalists for covering the activities of JUI-F news despite the decision of boycott.