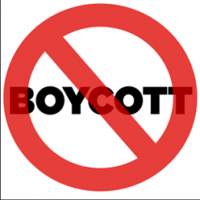 ISLAMABAD – Journalists in yesterday’s National Assembly session staged a walkout from the proceedings to protest the Rangers’ unwarranted raid at the house of Salman Masood, the Resident Editor of daily The Nation.

Dozens of journalists boycotted the coverage of the lower house proceedings and termed the incident an attempt to harass the media persons.

The protesting journalists left the house in the middle of the National Assembly’s proceedings, demanding serious inquiry into the incident, as Rangers raided and searched Salman Masood’s house without any warrants.

Minister Inter-Provincial Coordination Riaz Pirzada and State Minister for Interior Baligh-ur-Rahman met the parliamentary reporters outside the press gallery and ensured to raise their concern in the house. Talking to journalists, State Minister for Interior Baligh-ur-Rahman said that the report of incident would be sought. “We (government) assure you to look into this matter seriously,” he added.

The journalists called for proper inquiry of the incident as security personnel caused mental stress for Masood and his family and remained at the place for more than half an hour.

Taking the floor, Minister Inter-Provincial Coordination Riaz Pirzada said the government would see the matter of search operation by rangers at the resident editor’s house.