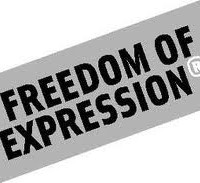 ISLAMABAD: Condemning the attacks on Geo News staff members and a senior journalist in Karachi the journalists associations asked the federal and Sindh governments to arrest the culprits at the earliest otherwise they would be compelled to stage protests against this stony insensitivity that has encouraged the anti-media elements to carry on their brutal activities.

An announcement to this effect was made during a protest rally staged in front of the National Press Club to condemn the murders of a Geo News employee and a senior journalist Aftab Alam.

A day later senior journalist Aftab Alam was killed when gunmen fired shots at his vehicle in North Karachi.

Addressing the participants of the protest rally, senior media person Hamid Mir said when a media person was killed the federal and provincial governments never bothered to arrest the culprits that was why such incidents were rising with each passing day.
“The interior minister of Balochistan claimed that they have arrested the culprits involved in the killing of Irshad Mastoi and another journalist in August 2014 in Quetta but none of them has so far been produced in the court,” he said.

He said when Abdul Haq Baloch of a private news channel was killed in Khuzdar the then interior minister Rehman Malik had made some promises to the media persons but later he failed to honor them.

Hamid Mir said that two attacks in 24 hours on media persons in Karachi showed some elements were out to silence the voice of the truth. He urged the journalists to ensure unity among their ranks and stand up against all those elements who were targeting them, adding: “If history is any guide then no one would succeed in muting the voice of the media.”

NPC President Shahryar Khan said that it was strange to hear from Interior Minister Chaudhry Nisar Ali Khan that media persons should change their vehicles time and again for security reasons. “I want to inform the interior minister that the poor journalists can hardly make both ends meet and you are advising them to change their vehicles frequently as if they are millionaires.”

President of Rawalpindi Islamabad Union of Journalists (RIUJ) Ali Raza Alvi said that the time had come to tell the federal and provincial governments that if they did not arrest the killers of the journalists they would face protests in each and every corner of the country.

RIUJ General Secretary Bilal Dar said that it was highly unfortunate that Pakistan was declared the most dangerous country for the journalists in 2014 and the situation was turning from bad to worse. Senior journalist Abid Abbasi said that the government must introduce a security plan to ensure the journalists work in secure and safe environment.