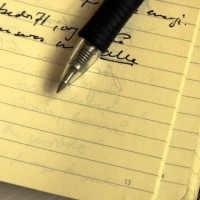 Karachi: The murder of a satellite engineer of Geo News on Tuesday night and then a journalist formerly associated with the channel on Wednesday morning has left media personnel worried about their safety.

Analysts believe that although target killings have reduced in Karachi following the crackdown against criminals, journalists are still soft targets.

Then on Wednesday morning, Aftab Alam, a journalist formerly associated with Geo News, was shot dead outside his house in North Karachi, the second attack on person affiliated with the media in less than 24 hours.

Over the years, Karachi has gained notoriety for being the most dangerous city in Pakistan.

However, recent statistics released by independent bodies including the Human Rights Commission of Pakistan and the Centre for Research and Security Studies show that the overall security situation in the city has improved following the ongoing law enforcement agencies’ operation.

But journalists in the city still face serious security threats.

Journalists and office-bearers of their associations say that media personnel are not only facing threats from some political parties, Taliban militants, sectarian groups and criminal gang, but law enforcement personnel too.

Aamir Latif, a journalist and former general secretary of the Karachi Press Club, said these threats were of different kinds. Besides, they were delivered in different ways.

“Unlike in Balochistan or FATA, journalists in Karachi don’t face a generalised threat.

The recent killing of two media personnel indicates that everyone, from a field reporter to a journalist on the desk or on the technical side, can be targeted,” Latif told The News. He added that the headquarters of all major media houses were located in Karachi.

Recently, the Reporters Without Borders (RSF), a Paris-based international media rights body, ranked Pakistan at 159 out of 180 countries here media freedom suffered a “drastic decline” in the 2015 World Press Index with a score of 50.46.

Iqbal Khattak, the RSF’s Pakistan representative, said Karachi was the most dangerous city for journalists because of its large population and chaotic situation, where a number of actors were involved in violence.

“In other troubled parts of the country, including Balochistan and FATA, we know the key actors who target journalists, but in Karachi, the situation is totally different,” he explained.

“It’s very difficult to find out which elements are targeting journalists in the city and that increases the threat level.”

Khattak said the recent trends needed to be studied to understand which actors could be behind the attacks on media personnel in Karachi.

Analysts also stressed the need for media outlets to ensure that security protocols were followed.

“Only a few TV channels have provided their reporters with flak jackets and there is no security for most of them,” he added.

Khattak said journalists themselves needed to calculate the level of risk they were putting themselves into.

“If a journalist doesn’t know what is going on in their surroundings, they can’t ascertain the level of threat,” he added.

Besides, many reporters are not trained for working in conflict zones or hostile environments, and so are unable to take precautionary steps.

In case of firing or a bomb blast, reporters and cameramen rush to the scene for exclusive footage. The stiff competition between TV news channels puts their lives at risk.

Journalists said the role of law enforcement agencies in terms of providing them with protection was also disappointing.

Despite receiving complaints from journalists, the law enforcers do not take serious steps for their security.