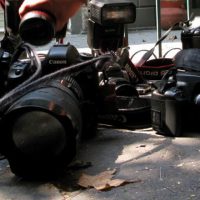 PESHAWAR: A Nowshera-based reporter of a private television channel was shot dead in the limits of Pishtakhara police station here on Monday afternoon, police said.

An official told Dawn that Nurul Hasan was shot dead near the Achini Chowk on the Ring Road by unknown motorcyclists. He said Hasan’s other companion identified as Shams was injured in the incident and shifted to hospital.

The official said the motive behind the shooting was not immediately known. KP police chief Salahuddin Khan Mehsud took notice of the killing and directed the city police chief to investigate the case and arrest the killers.