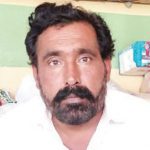 DERA ISMAIL KHAN: Unidentified assailants shot dead a local reporter in what appears to be an incident of targeted killing in Parowa area of the district on Tuesday.

Mr Khan was on his motorcycle at around 9am when two assailants who were also riding a bike opened fire on him near Landa Sharif Adda on Multan-Dera Road. He died on the spot.

Medics said that Mr Khan received four bullet wounds. Police said that they had recovered 9mm empties from the crime scene. The reporter’s father told police that they had no enmity with anyone. The CTD has registered an FIR of the case.

The Express Tribune: Journalist gunned down near DI Khan