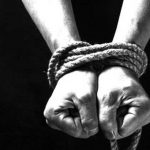 CHARSADDA: A group of armed men on Thursday allegedly kidnapped a journalist from a busy bazaar in a broad daylight subjected him to torture, dragged him to the ruling Pakistan Tehreek-e-Insaf (PTI) office, humiliated him there and video filmed the criminal act.

The accused, identified as Abdullah, Iftikhar, Faheem, sons of Zaidullah, Saadat and Sher Ali and others kidnapped Saifullah Jan, a correspondent for the Associated Press of Pakistan, Daily Islam and a member of the Charsadda Press Club General Body from a bakery in the Sardheri Chowk.

The eyewitnesses said the armed accused dragged the journalist on the road and took him to the PTI office as the people in the bazaar stood helplessly.

The armed accused locked the journalist in the PTI office. They allegedly tortured and humiliated the journalist at gunpoint and made a video of the crime. They hurled serious threats at him as well.

When contacted, the aggrieved journalist, Saifullah Jan, told reporters that the accused had tortured him in the past for which he had lodged a complaint at the Sardheri Police Station.

He said the police completed the investigation and registered a first information report (FIR) against the influential accused a day before which infuriated them and they tortured him again.

The Sardheri Police registered a case and launched raids to arrest the accused.

Charsadda District Police Officer Muhammad Shuaib Khan assured that the accused would be arrested soon as the FIR had been registered.

It may be mentioned here that the main accused in the kidnapping and torture case, Abdullah, is a local leader of the PTI and his brother is a District Zakat Committee chairman.