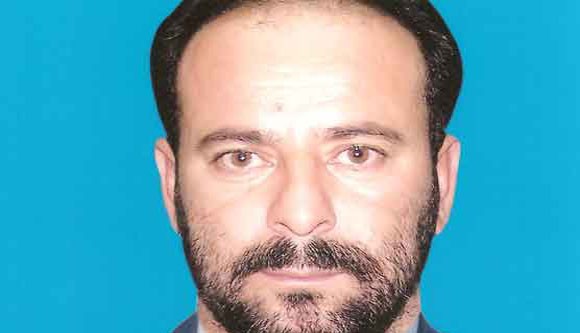 QUETTA: A journalist was gunned down on Sunday in the Washbood area of Panjgur district in the violence-stricken province of Balochistan.

Panjgur Police Station Officer Jahangir Baloch told The Express Tribune that the slain journalist, identified as Rehmatullah Abid, was at a saloon in Washbood area of Panjgur, some 600 km away from the provincial capital, when unidentified armed men riding a motorcycle opened fire. Rahmatullah died on the spot as a result.

Police rushed to the crime scene soon after and cordoned off the area. The deceased was shifted to the District Headquarters Hospital Panjgur for autopsy. No group has yet claimed responsibility for murdering the journalist, according to Baloch.

“We have not registered the case as yet,” he said, adding that the police are still investigating it. Rehmatullah worked for the Urdu Daily Dunya, Associated Press of Pakistan (APP) and The Daily Intekhab.

When asked about the motive behind the murder, the journalist’s family informed The Express Tribune that they did not have enmity with anyone.

Balochistan Chief Minister Nawab Mohammad Aslam Khan Raisani condemned the target killing of Rehmatullah Abid. In a condolence message, the chief minister said that certain elements are targeting ordinary people, particularly journalists in Balochistan, in order to destabilise the already volatile province. These elements, he said, create hurdles for journalists in carrying out their duties.

The chief minister announced Rs100,000 as compensation for the journalist’s family.

Raisani directed the police to form two investigation teams and asked the Deputy Commissioner and District Police Officer to take immediate measures to arrest the culprits.

He directed law enforcement agencies to uphold peace in the province. Federal Minister for Information and Broadcasting Qamar Zaman Kaira also condemned the murder of the journalist. In a statement, the information minister expressed sympathies with the family of the deceased.

The Balochistan Union of Journalists condemned the targeted killing of Rahmatulah Abid, calling it ‘an attack on the media in Balochistan’.