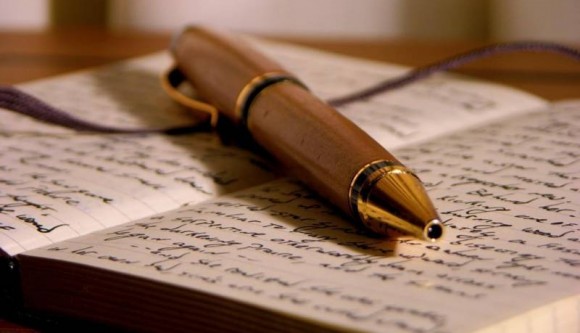 After hours of deliberating over a move that could cost him his reputation, job or life, a journalist in Pakistan decided not to write an article because of concerns that he might offend someone.

“It wasn’t an easy decision,” a source privy to the development told this scribe. “But after several hours of heated conversations relating to questions of sensitivity with friends belonging to various political and religious backgrounds, as well as informal consultations with editors, a lawyer and his parents, he decided that writing an article would cause more harm than good and it might be a better idea to go to sleep.”

Experts say Mr Dilawar Dabang’s concerns are not unfounded. “Every time you write a line, you cross one too,” according to the director of the Institute for Preservation of Sanity. “You may cause personal offense to a politician, irk the Taliban or other terrorist groups, anger a rights activist with a large number of Twitter followers, or seem to have challenged the mighty military establishment. If you make an attempt not to offend one of them, you end up offending the other.”

In a country deemed among the most dangerous in the world for journalists, Pakistan’s reporters and editors have found themselves in a fix after the military’s decision to go after all terrorist groups including those it previously used for leveraging in regional politics. “After serving Pakistan’s nationalist interests my entire journalism career spanning 22 years, I woke up one morning to find Pakistan’s national interests have changed,” said a veteran reporter from Lahore. He has not been to work since.
“Liberal activists are saying the military is telling lies,” said a young journalist who is now on leave without pay after receiving threatening phone calls from terrorists residing in Pakistan’s lawless regions in the northwest in the city of Peshawar. “If they are correct, I do not want to even start gathering courage to write against the Taliban just yet. When I go back to my job, I would rather be writing horoscopes.”

According to insiders, one newspaper editor has decided to limit the content of his newspapers to paid content relating to public interest issues like male pattern baldness, aphrodisiacs, breast enlargement, and weight loss.

But even that may not resolve Mr Dilawar Dabang’s dilemma. “He had resorted to writing film reviews, and in a recent article he expressed unfavorable opinion of The Battle of the Five Armies,” another friend told me. “Hours after it got published, an angry The Hobbit fan left a comment on the website reminding Mr Dabang that he belonged to a minority sect, and furnished evidence of various kinds that the sect was beyond the pale of Islam.”

“I knew it was dangerous to openly criticize bearded killers in newspapers,” the journalist told his friend. “I just did not know Gandalf was one of them.” Due to fears that he will be beaten up by a mob, dragged in the streets and burned to death, he asked for his article to be removed from the website.

A web editor in the publication said Mr Dabang’s article about baldness in men also received impolite feedback. “Frustrated by his argument that male pattern baldness is untreatable, a visitor to our website accused him of unfairly targeting the Prime Minister and being on the payroll of opposition leader Imran Khan.”

Disappointed, he further limited the scope of his writing to classified job ad copies. “The job was simply clerical,” a senior colleague in his organization revealed. “He was literally working with templates,” he said, “happily using words like ‘driven’, ‘hardworking’ and ‘handsome package’; but his happiness was short lived.” A friend called him up a week later and told him a feminist group had threatened to boycott his newspaper because he did not use gender neutral job titles.”

Dilawar Dabang realizes that women and liberals are easy to ignore in Pakistan, but he does not know what to write. Analysts and experts believe the safest way for him to be a journalist is to not write anything at all. Or at least not write anything meaningful.