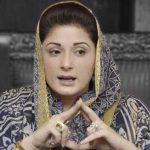 An interview of Pakistan’s leading opposition leader was taken off air soon after it was aired on Hum News on July 11, 2019.

Malik stated that soon after he started the program his producer asked him to take a break and the channel’s management had blocked the show.

He added. “I am not fully aware of the developments, but there would be some pressure on the management. In the program we wanted to know more details about the leaked video.”

The leaked video revealed accountability judge Arshad Malik telling an assistant of former Prime Minister Nawaz Sharif that he was blackmailed and pressured to convict the Sharif.

Shortly after the incident, Hum News released a statement saying, “Hum News believes in a free and responsible media. Protecting freedom of expression is one of our core values. At the same time, we stand for the respect and dignity of [the] judiciary in line with our ethical values and the Constitution.”

Pakistani media is currently facing severe forms of censorship, because the Government of Pakistan has decided that media should not be allowed to give coverage to political leaders convicted or accused of corruption.

Pakistani cable operators were forced to block three news channels including Abb Takk News, 24 News, and Capital TV on July 8, 2019. The reason behind forcefully blocking the channels is broadcast of Maryam’s press conference.

Previously on July 1, an interview of former President of Pakistan and Co-chairman of Pakistan Peoples Party (PPP) Asif Ali Zardari was also taken off air within few minutes of broadcasting on Geo News TV.

The interview was conducted by Hamid Mir, a senior journalist and anchorperson of programme Capital Talk on Geo TV. The channel ran a ticker that the interview of Zardari that was supposed to be broadcast in prime time show of Mir, won’t be aired.