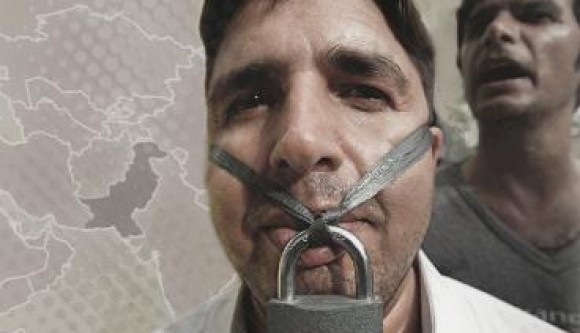 KARACHI: Chairman of Pakistan Press International and Secretary General of the Pakistan Press Foundation (PPF), Owais Aslam Ali said that the perpetrators of violence against journalists and media workers enjoy almost absolute impunity in Pakistan, which is seriously hampering press freedom in the country.

This he said while answering to various questions asked by Ifex in connection with its International Day to End Impunity campaign. Two other A. Rehman, Secretary General of the Human Rights Commission of Pakistan (HRCP) and Shahzad Ahmad, the Country Director of Bytes for All Pakistan also shared thoughts and experiences regarding impunity in Pakistan.

Owais Aslam Ali said that according to figures, 55 journalists have been killed in Pakistan in the last ten years, and 36 of them were deliberately targeted and murdered because of their work. For every journalist who has been deliberately targeted and murdered, there are many others who have been injured, threatened and coerced into silence. He added that many journalists have been forced to migrate from danger zones due to alarming increase in violence and threats, moreover intimidation has forced others to self-censor, particularly in the conflict areas. Security issues remain the biggest threat for journalists in Pakistan.

Replying to a question about women reporters facing different types of risks, Owais Aslam said that reporting remained almost exclusively a male domain especially in rural and conflict areas. However,
situation in the newly emerging television sector is slightly better, as women reporters are accompanied by a team including cameramen and producers, which provides more security. Still the public sexual harassment or molestation of women by men is endemic in Pakistani society, and no steps have been taken by the media employers, unions or press clubs, except mere lip service, to encourage women to enter the field of reporting in substantial numbers.

Owais Aslam said that in March 2013, PPF played its due role at the International Conference on Safety and Security of Pakistani Journalists: Promoting Collaborative Approaches to Combat Impunity, which resulted in the formation of the Pakistan Coalition on Media Safety (PCOMS). PCOMS supports the UN Action Plan Against Impunity as well as its focus on Pakistan as one of the pilot countries, and aims to help, support and reinforce its implementation. PPF also agreed to host the Secretariat of PCOMS.

A. Rehman said that impunity poses one of the most serious challenges to the rule of law in Pakistan and to citizens’ basic rights. Officials almost always get away with extra-judicial killings. Enforced disappearances are a major issue in Pakistan, and no state functionary has been prosecuted. He said that HR defenders face serious challenges in Pakistan and three activists working for the HRCP have been killed. Two have had to be relocated.

Shahzad Ahmad said that many state authorities as well as non-state actors in Pakistan enjoy impunity, and nearly all of them are opposed to the ideals of freedom of expression, whereas vague laws, court jurisdiction issues and weakening writ of the government in several conflict areas contribute to their impunity. Expression in digital spaces is curtailed by the authorities, using excuses like national security, morality and religious harmony.

Owais Aslam said that registration, investigation and prosecution of criminal cases against the perpetrators of violence against media; establishment of an independent commission for monitoring of cases of violence and intimidation; imparting training to journalists especially those in rural areas; development of “operating procedures” by media organizations and sensitization of the owners and editors to the realities and threats being faced by journalists would help ending the culture of impunity in Pakistan.

These experts were of the opinion that ending impunity in Pakistan is a big challenge and UN Plan of Action can prove effective only if the government is forced to abide by it. Sensitization of all stakeholders including the government, law enforcement agencies, media organizations, civil society organizations etc is necessary to end the culture of impunity.

Click the link below for more Information:
INTERNATIONAL DAY TO END IMPUNITY