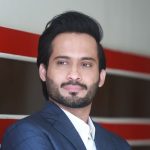 Back in January, the Pakistan Electronic Media Regulatory Authority had banned the show under section 27 of Pemra’s 2002 ordinance and imposed a fine of one million rupees.

According to the media regulatory authority, the show was airing vulgar and indecent content which was against the country’s social and cultural norms.

Champions aired last year in November and was a reality show about Pakistan’s youth. Episodes of the show are available on YouTube and the channel’s website.

According to the Bol website, the show is about a group of people living in a controlled Big Brother like environment but they get to travel to different places and participate in tasks and challenges for a whole minute.

“Candidates are selected through auditions carried out by Zaka who judges potential contestants through unconventional means.”

Samaa Digital got in touch with Zaka, who explained the circumstances under which Pemra banned his show. He said a girl on the show said she consumes alcohol, then a girl kissed him on the cheek (the scene was blurred).

“What Islam or Quran does Pemra follow in which showbiz and interaction between na-mehrams is allowed?” Zaka asked. He gave more examples of “un-Islamic” content being shown on television, such as fashion and dance shows.

“I am not saying why aren’t you catching others after I’ve broken a signal, I’m just saying the signal has not been installed so why are you catching us in the first place,” he said.

He said Pemra’s argument of banning the show on a religious basis is invalid as showing romance on television is also “un-religious”.

Pemra could have said the public has complained, Zaka said, but added that the show was trending on number 1 so the public did not have a problem.

He said television channel ARY contributed to the ban. “How did the ban come after so long? It is because ARY feared there would be a second season,” said Zaka, adding that the ban was because ARY planned it and filed a complaint.

He said Mere Pass Tum Ho wasn’t banned despite several complaints against it because a channel never took up the issue or used its resources.

Zaka said just the finale of the show was left and since there is no ban on YouTube, it will be uploaded there after the coronavirus pandemic ends.