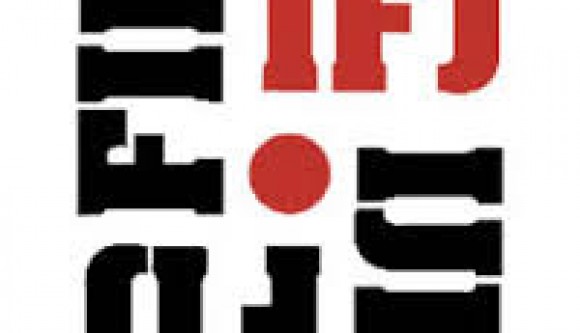 The International Federation of Journalists (IFJ) has condemned a request from the Pakistan Ministry of Defence for the government to shut down the country’s largest television news station, Geo.

According to media reports, on Tuesday, 22 April, in the first action of its kind, the Ministry of Defence requested that the government invoke media regulations to shut down Geo, accusing the station of running a “vicious campaign” against the military’s Inter-Services Intelligence directorate, or ISI.

Unease had been building between the Ministry and the station since last Saturday, 19 April, when Hamid Mir, a television anchor for Geo, was shot multiple times by unidentified gunmen as he was being driven to a television studio in Karachi.

Mir survived the attack and is being treated for gunshot wounds to the chest and shoulder. But as he was still receiving emergency treatment, Geo broadcast accusations from his brother, the journalist Amir Mir, who accused the ISI of being responsible for the attack. Geo also reportedly broadcast a photograph of the ISI chief, Lt. Gen. Zahir ul-Islam, while a senior journalist employed by the station called for the general to resign.

Media reports say that in a four-page letter to the state-run Pakistan Electronic Media Regulatory Authority, the Defense Ministry not only asked for Geo’s broadcasting license to be revoked, but called for the body to initiate criminal proceedings against Geo editors and management.

“This is a difficult period in Pakistan and passions and anger are clearly running high following the vicious attack on the journalist Hamid Mir. But this should not lead to controls and restrictions being placed on the country’s media,” said IFJ President Jim Boumelha.

“We strongly condemn the call for the closure of Geo and we call on the government of Pakistan to reject the request and to ensure the rights and freedoms of media organisations and journalists in the country are upheld.”

The National Union of Journalists in the UK and Ireland (NUJ) has expressed its opposition to the Defence Ministry’s actions and the NUJ London chapel of Geo TV have helped to organise a solidarity protest in support of Hamid Mir on Saturday 26 April at 3.30pm outside the Pakistan High Commission in London.