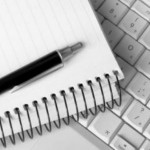 PESHAWAR: A statement of the Hangu’s district police officer (DPO) has apparently put the life of a journalist in danger.Saleh Din Orakzai, who has been working for the Geo News and The News International as district correspondent in Hangu ran a story of six children killed in an explosion of a toy-bomb placed in garbage in front of their house in Babar Mela last week.

Saleh Din said, “While filing the story I sought the official comments of the DPO Iftikhar Khan about the incident. He told me that it was a hand-grenade placed in the garbage.”

He said that he passed on the news to his television channel and newspaper but later the DPO changed his statement under pressure from certain quarters by stating that it was an act of terrorism.

Saleh Din said that he had been receiving threatening calls from unidentified persons for running the story officially authenticated by the DPO.He said, “I would hold the DPO Iftikhar Khan responsible for any loss to me and my family.”

He appealed the Khyber Pakhtunkhwa Chief Minister Pervez Khattak and provincial police chief Nasir Khan Durrani to look into the matter and provide protection to his family.