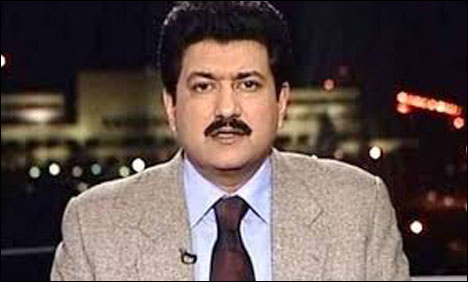 Upon arrival at the court, Hamid Mir was accorded a warm welcome by the journalists from different media outlets who were chanting slogans in his favour and were demanding justice.Hamid Mir came into court on wheel chairs accompanied by his brother Amir Mir.

Mir is, presently, recovering from multiple bullet wounds he had suffered after coming under an armed attack while en route to office from the Karachi airport on April 19.There were tight security arrangements at the tribunal during the Hamid Mir’s commission meeting as the whole Supreme Court’s building was occupied by police personnel.