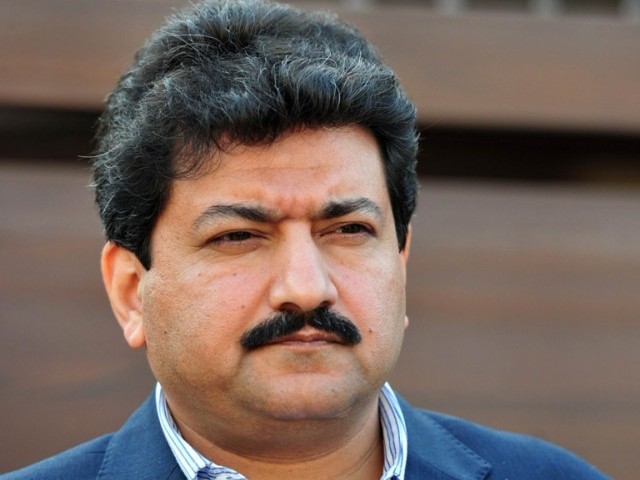 KARACHI: The Pakistan Federal Union of Journalists (PFUJ) and the governing body of the Karachi Press Club have called upon the Sindh government to share the details of the investigation into the Hamid Mir case with the journalist community.

As part of its campaign for the freedom of press, a seminar titled ‘Hamid Mir — we are with you in your struggle’ was held at the Karachi Press Club on Wednesday. Eminent journalists attended the seminar and observed that the dirty games the owners of media houses were playing against each other will harm journalism in the long run.

On the occasion, Hamid Mir spoke on a live call from Islamabad. “There are two bullets in my body. The fractures on my legs are healing. But the wounds in my intestine still give me trouble,” he said. “Despite that, for the sake of journalism if I have to take another bullet, I will,” Hamid Mir said.

He said the perpetrators of attack are arrogant and they don’t believe in apologising. “They were responsible for breaking our country into two. Their attack on Kargil dented the decade-old sentiments of the Kashmiri Muslims. Due to their failure, the Abbottabad operation occurred. But they never apologised to the country,” Hamid Mir said.

Referring to the media war that various channels are engaged in, he said, “When Musharraf imposed the emergency, all the media groups united for the freedom of press. But now the opponents of the freedom of press are engaging in ‘divide and rule’ policy. Today, they are targeting the Jang-Geo Group. But they will close down all other channels one by one.”

He further said, “The journalist community should strive against the closure of every newspaper or channel. The illegal blocking of Geo Television by cable operators has endangered the livelihoods of thousands of journalists. All journalists should unite to implement the laws; the Wage Board Award and the Journalists Protection Bill.”

AH Khanzada, a veteran journalist, said, “When three workers of Express Television lost their lives, all media channels played down the news. The trend has to stop. Journalists should not be part of the fight between the media owners.”To the media owners, he said, “When you were in trouble, we all sided with you. But when we are in trouble, you are not taking care of our interests.”