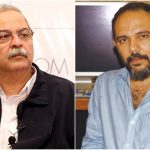 ISLAMABAD: The chief executive of Dawn has denied accusations he raped an acclaimed filmmaker, in a case that has spotlighted sexual abuse targeting men and added momentum to the country´s fledgling #MeToo movement.

Director Jamshed Mahmood Raza took to social media over the weekend to allege that Dawn newspaper´s Hameed Haroon raped him 13 years ago.

In October, Raza first described the assault publicly on Twitter but referred to the alleged perpetrator as a “powerful person in our media world”.

“I categorically deny the allegation of rape leveled against me,” said Haroon in a statement.The newspaper editor also assured its readers that an appropriate inquiry shall be conducted.

Later in the day, Jami posted another tweet responding to the Dawn CEO’s statement. He shared that he had feared “this entire plot that I’m part of the establishment to bring Dawn down” would be used against him. The director clarified that coming forward with his story was not about “Dawn vs Jami. It’s personal issue raised now (because) I’m doing all this for few years to help victims.”

He rejected the notion that he was acting on the behest of anyone, despite having been approached by some hoping “to bring down Dawn”.

“We refused every single time as I told them I’m from a family where we don’t use any illegal means to serve any purpose at all. Rest we will see in court. This is for victims and survivors. We put our neck out (because) #metoo died here in Pakistan (because) of all these dirty tricks.”

“I’m giving my word to Dawn management that I would never hurt Dawn ever […] issue is sexual assault, not Dawn.”

Some voices have called for accountability, while others dismissed notions of male-on-male sexual assault.

“I have a question: how can be a grown man raped by another individual? Couldn´t they have fought him off,” tweeted writer Salman Rashid.

“Rape is not only about physical power; it is about power in general. If a powerful person coerces you to have sex with them, that is rape,” wrote Nida Kirmani on Twitter.

The following statement has been issued by Hameed Haroon: “For some three months now, tweets in the social media and some print media, some of which have been authored or prompted by Jami Raza, have alleged that Jami was subjected to rape many years ago but was ‘coming out’ only now because the rapist was an ‘influential and powerful media personality’. Hitherto fore, strangely the alleged rapist was never specifically named, even though hints and innuendos were dropped from time to time that could be taken as suggesting that it was the CEO of Dawn, Hameed Haroon. “But since I had not been specifically named in the tweets, I was advised, that even though I had a fair idea of who was prompting Jami Raza, I should exercise restraint until I was specifically named. On 28th December, Jami Raza specifically named me and it has therefore become necessary to respond.

“At the outset, I reiterate my commitment to come to the aid and support of victims of rape, sexual assault and harassment.

I unequivocally condemn such dastardly acts whenever and wherever these occur and in whatever shape or form and whether they occur at the workplace or outside. I have always demonstrated sympathy and support for all rape, sexual assault and harassment victims regardless of whether the perpetrator is powerful or not.

“In the same breath, I am conscious that false and malicious allegations are sometimes leveled by powerful groups to serve their own social and political agendas with the calculated motive of destroying the reputation and dignity of a person and thereby to shatter one’s credibility for collateral purposes.

“I categorically deny the allegation of rape leveled against me by Jami Raza. The story is simply untrue and intentionally fabricated at the instance of those who wish to silence me and through me, to compel the newspaper that I represent to support their repressive narrative.

“I first met Jami Raza when he was a freelance photographer and aspiring filmmaker in the 1990s or the early 2000s, which was the time that Jami had produced photographs of the Sir Jehangir Kothari bandstand for the purposes of architectural documentation and conservation. Impressed with Jami’s work, I enlisted him in 2003-04 to collaborate with me on a photo essay in the catalogue of the Sadequain exhibition at the Mohatta Palace Museum.

I do recall going to his house sometime thereafter to condole on his father’s death but was unable to personally meet him. I do not recall ever being alone with Jami Raza. This has been the sum total of my interaction with Jami. “I am convinced that the false and malicious allegation has been leveled at the instigation of powerful interests in the state and society who, for their own motives and the promotion of their own repressive narrative, wish to destroy my credibility and as a consequence thereof, the credibility of the newspaper group that I am associated with. It is not a mere coincidence that this particular tweet comes at a time when groups are being organized to demonstrate against Dawn and mysterious wall chalking is appearing, with both demanding the hanging of Dawn’s CEO and also its editorial staff.

“I am determined to expose those behind these false and malicious allegations and pledge to keep aloft the banner of fair and accurate reporting without fear or favour. So far as the tweets and some newspaper reports are concerned, I am initiating legal action to clear my name and reputation, and to safeguard the freedom of the press by bringing to justice all those responsible for these false and malicious allegations against me.