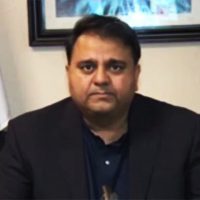 “In the past few weeks, the government has observed that people are being sacked from various media houses. The PTI government is committed to providing livelihood to people and this decision will serve as an instant relief measure,” Chaudhry said.

Chaudhry said the federal and the provincial governments have been directed to start the process of reimbursing media houses with immediate effect.

He alleged that previous governments had used media advertisements as a political tool and that policy had affected business and created chaos in the industry.

The information minister claimed that the PTI-led government will “bring a rationality and balance” in the industry through its decisions.

“Similar to how the incumbent government has abolished censorship in state-run media, it is taking measures to limit and eventually end government control over media advertisements,” he said.

Chaudhry said that it had been decided that a transparent advertisement policy will be chalked out to deal with advertising contracts purely on a merit basis.