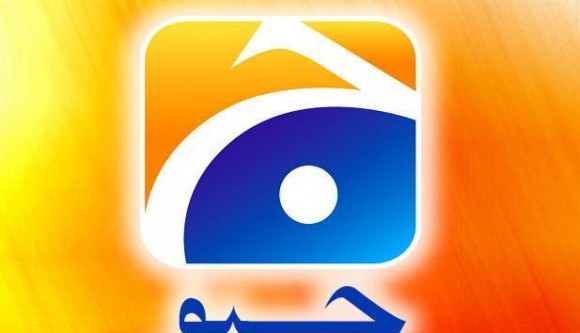 LAHORE: People in various cities, including Lahore, Gujranwala, Faisalabad, Okara, Shahkot, etc, on Thursday termed the forced suspension of Geo transmission a criminal act, a violation of the Supreme Court’s verdict, and requested the apex court to take note of it immediately.

People said Geo was being punished for being a democracy supporter.

In various parts of Lahore, Geo’s transmission was once again suspended on Thursday. In some areas, Geo was pushed to last numbers at cable network. Geo Entertainment has also been blocked. Nine cable TV networks, at the behest of a private media house, have suspended Geo transmission in different parts of Lahore. Those include: Regal Star Cable in Akbar Chowk area, Universal Cable in Karim Park, Areeb Cable in Rajgarah, Al-Saba Cable in Ichhra, New Star Cable in Dholanwal, Rehman Cable in Shahdara, New Tech Cable in Gulberg, 4-Star Cable in Cantt area, and Hot Bird Cable in Dharampura area. Also, Jegwar Cable Network has suspended Geo transmission in Model Town area of Lahore for the last three-four months.

On the Mall Road, in North Lahore region, Shadbagh, Wassanpura and Misri Shah areas, Geo News has been pushed to later numbers at cable, from 45 to 75.

Citizens are facing problems due to the closure of the Geo News in the Sargodha Cantonment Board. The residents lodged complaints in this regard, but it appears as if the Pemra authorities are powerless against the cable operators. Most of the residents of the Cantonment Board have installed dish antennas to see the Geo News or have got the service on mobile phones.

The Geo News has also been forcefully closed in half of the Faisalabad city for the last two days, which is a violation of court orders. About two million people of the city have been deprived of watching the Geo News, whereas the TV was already blocked in 20 percent areas of the city.

The Geo News was also blocked in Okara and its suburbs by the cable operators. Various political and social leaders have protested the TV closure.

PML-N senior leader Chaudhry Muhammad Arshad Iqbal has said the closure of any TV’s telecast was an effort to keep the people away from information. This was also an attempt to deface democracy, he said.

Okara Jamaat-e-Islami Ameer Captain (retd) Dr Liaquat Ali Kausar has said the closure of the Geo News was disappointing people. He asked from where people, who wanted continuity of democracy in the country, could get the real news.

Ladies Club Secretary Mrs Dr Zafar Iqbal condemned the closure of the Geo News and said this development had crushed the freedom of journalism and freedom of expression. She said the people wanted to know about the power which had closed the biggest media house on the cable in violation of court orders.

Thousands of viewers in Okara demanded restoring Geo’s transmission. In Shahkot, the cable operators shut Geo for hours that irritated the viewers, while the suspension of transmission was continuing till filing of this report — a move protested by citizens.

In their reaction, citizens — Rana Sadiq, Chaudhry Awais, Kaleem Ahsan, Rao Tanveer, Rana Mubasher and others — protested and said blacking out the Geo Network channels was an attack on the press media, adding that hundreds of thousands of viewers were deprived of their right to watch their favourite TV channels.

They said Geo was being punished for being a supporter of democracy and democratic forces, which was not against the wishes of powerful forces. The citizens demanded the Supreme Court to end the practice and bring the culprits to justice.

In Arifwala, the civil society, traders, journalists and lawyers protested the blacking out of Geo, while its transmission remained suspended in Pakpattan for the second consecutive day. The viewers, including government servants, said they were being deprived of a reliable source of information. The local office-bearers of PML-N said Geo was also giving time to the government’s stance.