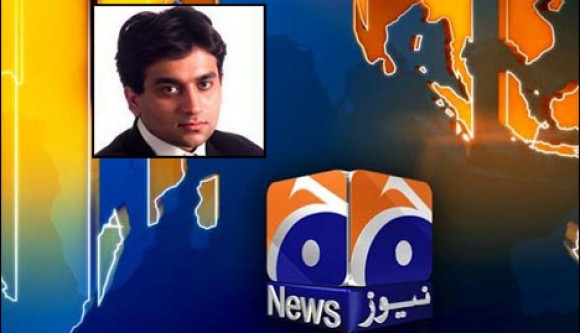 KARACHI: Chief Executive Officer (CEO) of Geo Mir Ibrahim-ur-Rahman totally rejected an allegation levelled against him by former additional secretary Election Commission of Pakistan Muhammad Afzal Khan on Sunday. He said this allegation seems to be part of the ongoing campaign against Geo and the Jang Group.

Following is the text of his statement:

Afzal Khan has alleged that I had tried to blackmail him for one or two million dollars. I categorically deny this. Afzal Khan had praised Geo and me personally several times for airing our free campaign “Pakistan Ko Vote do!” on the Geo Network and in the Jang Group. The Group had the largest campaign to raise awareness and interest in voting and democracy, worth over 15 crores. We did not receive or ask for any funds from anyone for any election-related campaign of the ECP.

This includes a campaign of the ECP regarding its special SMS service that was again aired for free. Afzal Khan had also said he has saved millions of rupees in election spending and insinuated he did so by promoting the elections-related campaigns of the ECP without spending any money. An independent audit of the ECP and all media companies will show that the Jang Group has contributed the most free ads to the cause of free and fair elections and voter participation in Elections 2013.

The Election Commission has also given an appreciation certificate to Geo for its contribution in helping the election commission promote its campaigns. Afzal Khan has clearly and multiple times in live interviews said that he has no evidence against any allegations he is making against anyone. I am prepared to testify in a court of law under oath to refute the allegations Afzal Khan has made against me and Geo and reserve the right to pursue legal actions. The blackmail allegation seems to have no connection with his overall allegations against rigging that he has made against several people. It is curious to note why, then, he is raising Geo’s name? This allegation suggests Afzal Khan is part of the ongoing campaign against Geo and the Jang Group to discredit and weaken the largest, most popular and oldest media group of Pakistan.